Apart from tobacco and textiles, yet another big business in Danville’s earlier days was ice. Several Ice companies existed in Danville from the late 1800’s up till the 1940’s when in-home electric refrigeration became the norm. Among them were the Crystal Ice Company, Danville Ice Company, and Tudor Ice Company. Crystal and Danville Ice later combined under the leadership of D.A. Overbey.

Crystal Ice was on the north side of the river. The ice machine was powered by the Danville Railway and Electric Company. 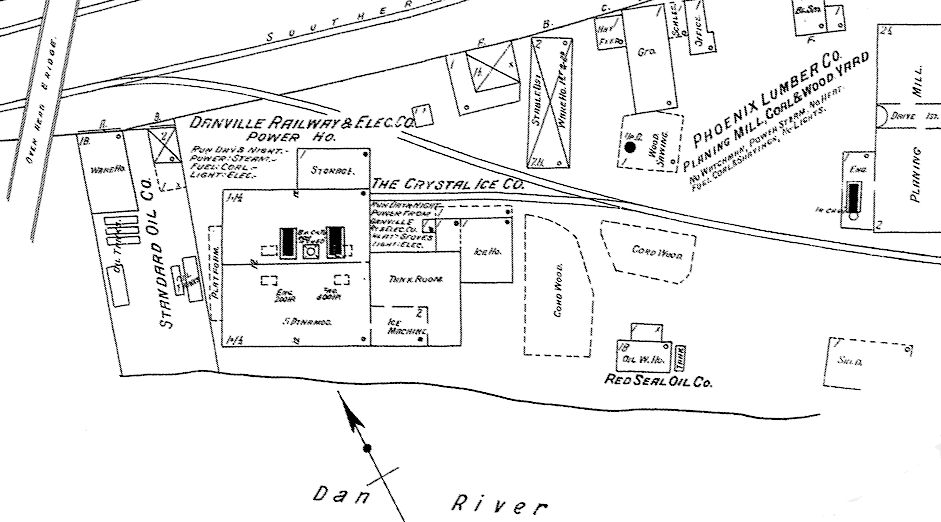 Danville Ice was located on the south side of the river near the Main Street bridge adjacent to Mill No. 8.  Its refrigeration equipment was initially powered by a water turbine. 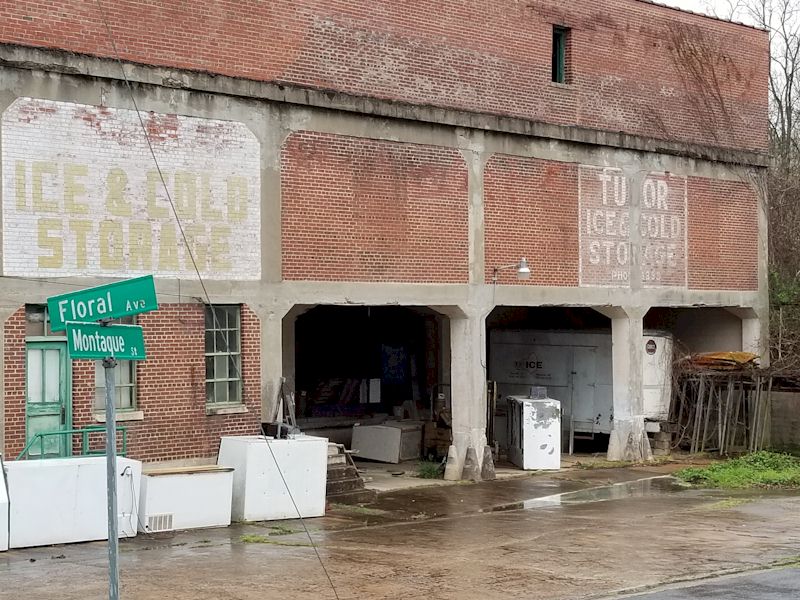 Home delivery of ice began in the mid-1800’s when frozen water from natural resources began to be “harvested” in the colder climates of New England. Large blocks of ice were cut from frozen lakes and then loaded onto side rails that carried the ice by cart from the lakeside to the loading stations where they were loaded onto rail cars. The ice was then transported by train to centralized icehouses around the country (one of the first being in Virginia) where the ice was stored prior to further distribution. Ice was a risky business until the dual advent of the horse-drawn ice-cutter and the refrigerated rail car in the mid-1800’s. In transport-refrigeration reduced product loss by allowing ice to last longer in transport and therefore expanded distribution to more distant localities.

Once ice became a staple in businesses and households, a wide range of frozen and refrigerated products were suddenly available. Chilled drinks, at first eyed with suspicion by consumers, became an in-demand novelty. Ice cream, which required both large amounts of ice and a great deal of labor, now began to show up in drugstores and restaurants as an affordable and more readily available treat.

With the availability of ice came the ice box, sold by ice dealers. The first ice box was small and designed to preserve butter. They eventually grew much larger, allowing households to store dairy, fish, meat and other products, though not nearly to the degree we do today. Corner stores provided that most grocery items were bought on a semi-daily basis. Waste was at a minimum. Canning was still a major part of every households storage practice. Meats were often smoked or cured.

In the early days of in-home ice consumption, ice companies saw a sharp drop in demand during the winter, and so many diversified their product line by providing coal and coal delivery as well. 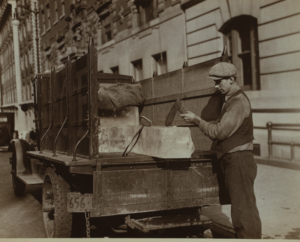 One of the great innovations in ice manufacturing and delivery was the production of the automobile. In 1923 the Danville Ice company acquired five trucks, which allowed ice to be delivered more quickly and efficiently. More than that, the necessity of a Saturday delivery in order to preserve Sunday dinners was made possible by such trucks, which also allowed ice companies to evaluate other inefficiencies in the practice of delivery. Customer satisfaction was important, but it was often the case that rounds had to be made twice, making a deliveryman’s day unnecessarily long. Deliverymen would often find that their customers were not at home to receive the ice. By the 1920’s, ice had become such a necessity that a missed delivery was the difference between eating well or going hungry. Deliverymen would then have to circle back to re-deliver orders. But with the vans, companies began requiring a stricter protocol. Orders had to be phoned in by a certain time with precise amounts, and customers who were not there to receive would have to wait until the next day, or Monday if they missed the Saturday delivery (for which companies charged a premium).

From 1803 until 1910, the icebox largely remained the same. In 1911, General Electric created a gas powered refrigeration unit, but with the increasing demand for electric appliances demanded that an electric model be developed. In 1927 GE released the Monitor Top, the first refrigerator to run on electricity. A year later, Frigidaire came up with a refrigeration unit that could be installed in a pre-existing ice box, making the conversion to electric refrigeration all the more accessible. 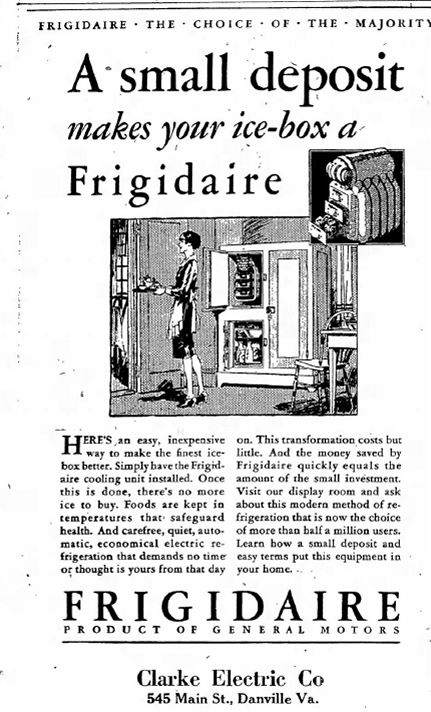 With the development of freon in 1930, refrigerators became smaller, lighter, and more convenient for home use. Freon also reduced the cost of refrigeration units, dropping the price almost in half for most consumers. Despite the early date of the refrigerator’s invention, the depression and then World War Two delayed mass production until the late 1940’s. By the 1950’s, further design innovations and features like automatic defrost and temperature control made refrigerators a household staple.