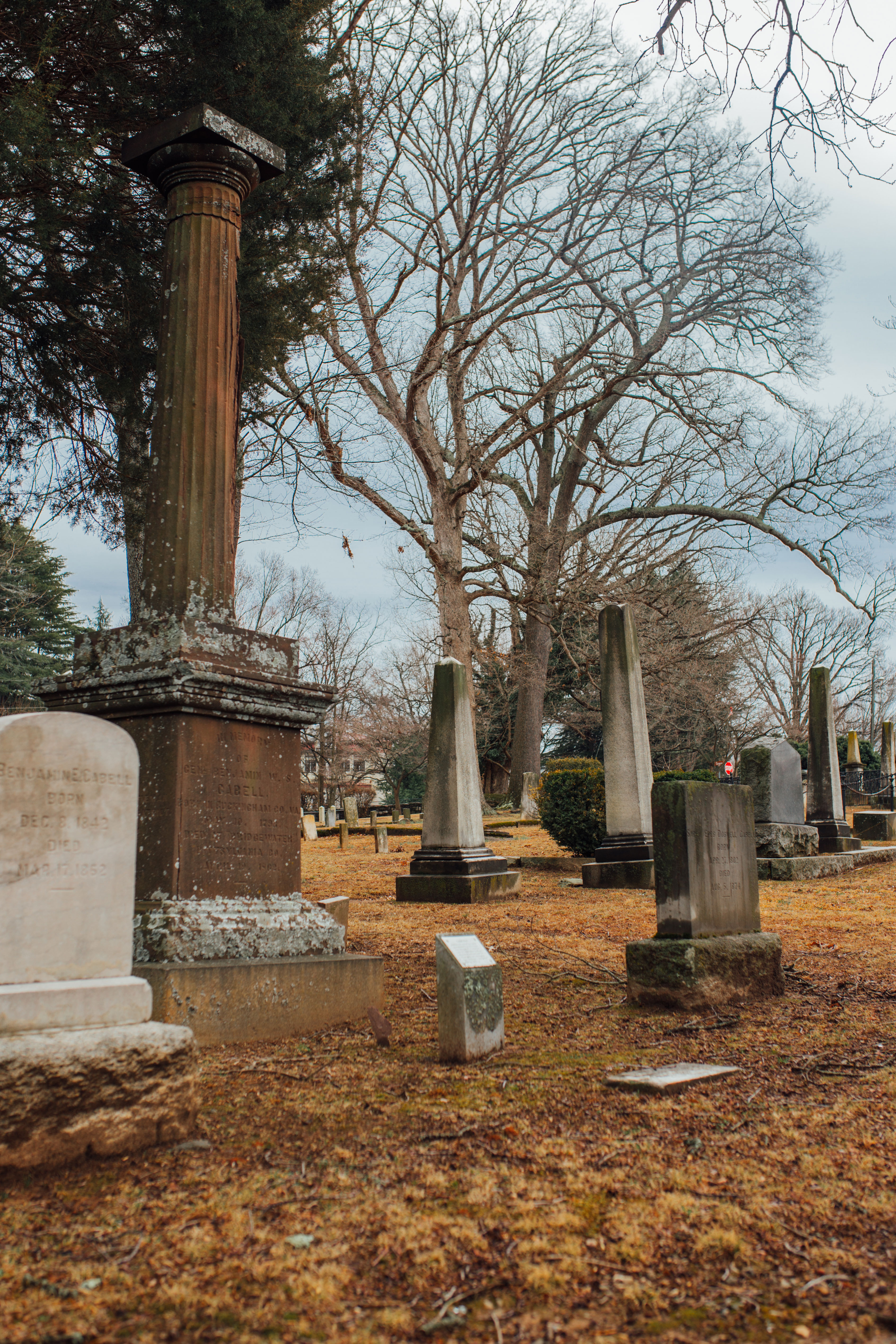 Nestled in what was once a dense grove of oaks, hickories, and chestnuts, this city cemetery’s oldest marker is from 1833. Grove Street Cemetery is the final resting place for many of the community’s founders and early citizens. It holds the remains of several Confederate veterans, including Col. Joseph Robert Cabell and Benjamin Edward Cabell, sons of Gen. B.W.S. Cabell, a veteran of the War of 1812. Closed for new burials for nearly a century, it is now a pleasant location for Old West End residents to stroll and reminisce.