In 1925 and 1926, the Old West End was abuzz with the news of visiting Russian nobility.  Perhaps unbeknownst to Danvillians, Russian titles are inherited. A prince’s title passes to all his children. Russian princes are a dime a dozen.

“The Bee” ran no less than six notices about these visits shown below:

24 Jan 1925:  Princess Serge Gagarine late of Paris, but who came with her husband and children to this country in September is expected in Danville this afternoon for a week’s visit to Miss Harriet James on Green Street [at 939 above – see the story].  Miss James met the visitor in Paris last year.  She and her household left Russia with General Wrangell at the time of the establishment of Communism and they have been living since that time in Paris.  Prince Serge is a nephew of Prince Troubezkoi who married Miss Amelia Reeves. 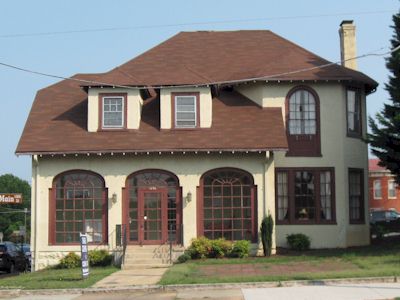 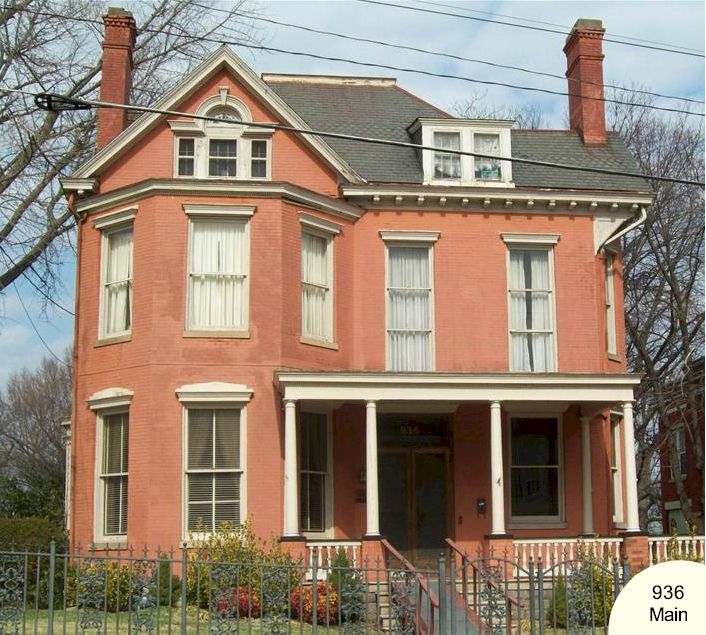 27 Jan 1925:  Princess Serge Gagarine, of New York, who has been the guest of Miss Harriet James for a few days, left for Richmond this morning accompanied by Miss James, Mrs. Randolph Meade and Mrs. S. R. Dula [936 Main Street, also shown at right – see the story].  The party made the trip in Mrs. Dula’s car and they will remain in Richmond with friends until Thursday, when Princess Gagarine will return to New York and Mrs. Dula, Mrs. Meade, and Miss James will return to Danville.

10 Jul 1926:  Princess Gagarine of New York is the guest of Miss Harriet James.

18 Aug 1926:  Prince Gagarine, who has been spending the past moth as the guest of Miss Harriet James and Randolph Meade, Jr., left last night for his home in New York.

3 Oct 1928:  Miss Harriet James who has been the guest of Miss Eleanor Gamble in Haverford, Pa., and Mrs. Serge Gagarine, in New York, has returned home.

Princess Gagarin (the correct spelling) was born Catherine Shukova in 1887 in Pskow, Russia.  She married Prince Serge Andrew Gagarin in St. Petersburg, Russia, in 1914.  Together with their two oldest children, Andrew and Serge, they fled to Paris in 1920.  Their third son Peter was born there in 1924.  Members of the Gagarin family came to the United States at various times between 1923 and 1928.  They became naturalized citizens in 1930.

In the 1930 census, Serge, the Prince Gagarin, is shown working as an accountant for a steamship company while his wife Catherine, the Princess Gagarin, was a dressmaker.  However, they traveled extensively, and their children were educated at the best boarding schools and universities.  Many of their descendants today hold important positions at major corporations.