Danville and the Automobile

In some ways, the rise of the automobile caused the initial decline of the Old West End. With a car, it was no longer necessary to live within walking distance of work, near a grocery, or close to the streetcar line. Following the first world war, cars became plentiful and somewhat affordable. Thus, Danvillians began to live further from the mills and the city center.

In those early days, automobile dealers were often located on Craghead or Bridge Street. One of the oldest was the Crowell Auto Company that began selling Model T Fords in 1914. Initially located at 532 Craghead, Crowell built a multi-level fireproof building at 410 Craghead before 1920. The showroom, at top, was ahead of its time. Landon Wyatt, later a Virginia Senator, sold cars here in 1917.

That building, pictured above today even allowed for 50 cars to be parked on its roof using the ramps shown below.

The sales process was different in those days. Until the demise of the Model T in 1927, there was no need to pick a color for your Ford. (“Any color he wants so long as it’s black.”) Salesmen often came to the home as buyers had no car to trade-in. Female purchasers were rare – even ridiculed. There were few options to select. Car radios were new and expensive in the 1930s and were a specialty item not usually installed by the car dealer.

Early on, the ability to have your machine repaired was especially important. Car dealers boasted about their fine repair shops. This need for repairs resulted in laws requiring new car dealers to offer after-the-sale service.

Some of the brands popular in the 1920s and 1930s are unfamiliar today. The Wilson-Meade Motor Company at 542 Craghead Street offered Studebakers, Packards, and White trucks. The Leland Motor Company, behind the hotel, sold the Hupmobile and the Nash. Reynolds-Meador Service Company on West Main offered the high-end Oakland. Wyatt-Payne Motors at 122 South Union Street sold for Hudson and Essex as well as Cadillac. Wyatt-Payne later moved up the hill to 627 Main Street and added the LaSalle to their offerings.

As space became scarcer downtown in the 1930s, some dealers moved toward Five Forks. Thompkins Chevrolet Sales, formerly on Craghead, constructed a new building that spanned from Loyal Street to Wilson Street. Frank Poindexter Chrysler was located at 762 Loyal Street with the service department on the second floor. The same building (shown below today) was later King Motors selling Desoto and Plymouth. 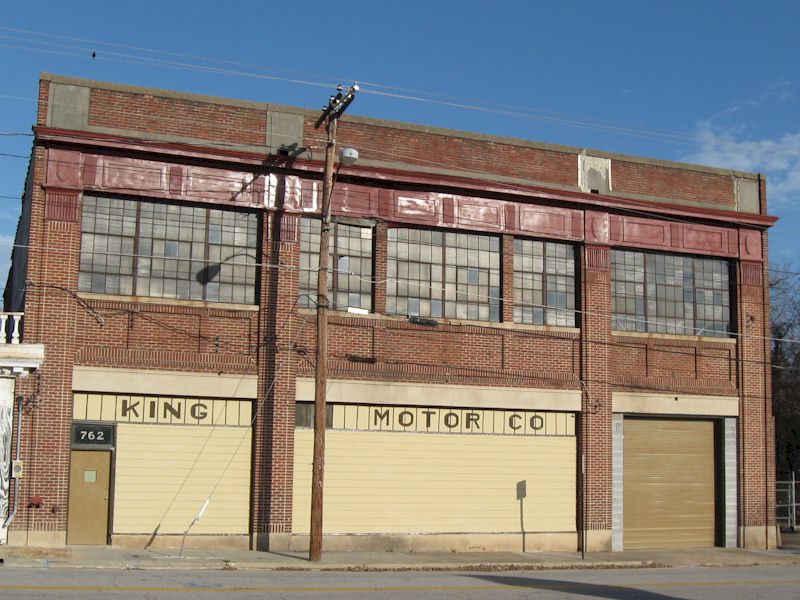 As cars increased in size, some of the old downtown buildings could not handle the increased length, width, and weight. In the late 1960s, dealers began moving to Riverside Drive. The availability of land allowed for larger showrooms and service departments as well as outside storage for their inventory. The new Wyatt Buick Sales Company (below) was built in late 1967.

The increase in the size of cars also resulted in the demise of many Old West End carriage houses and outbuildings. The new automobiles would no longer fit inside. 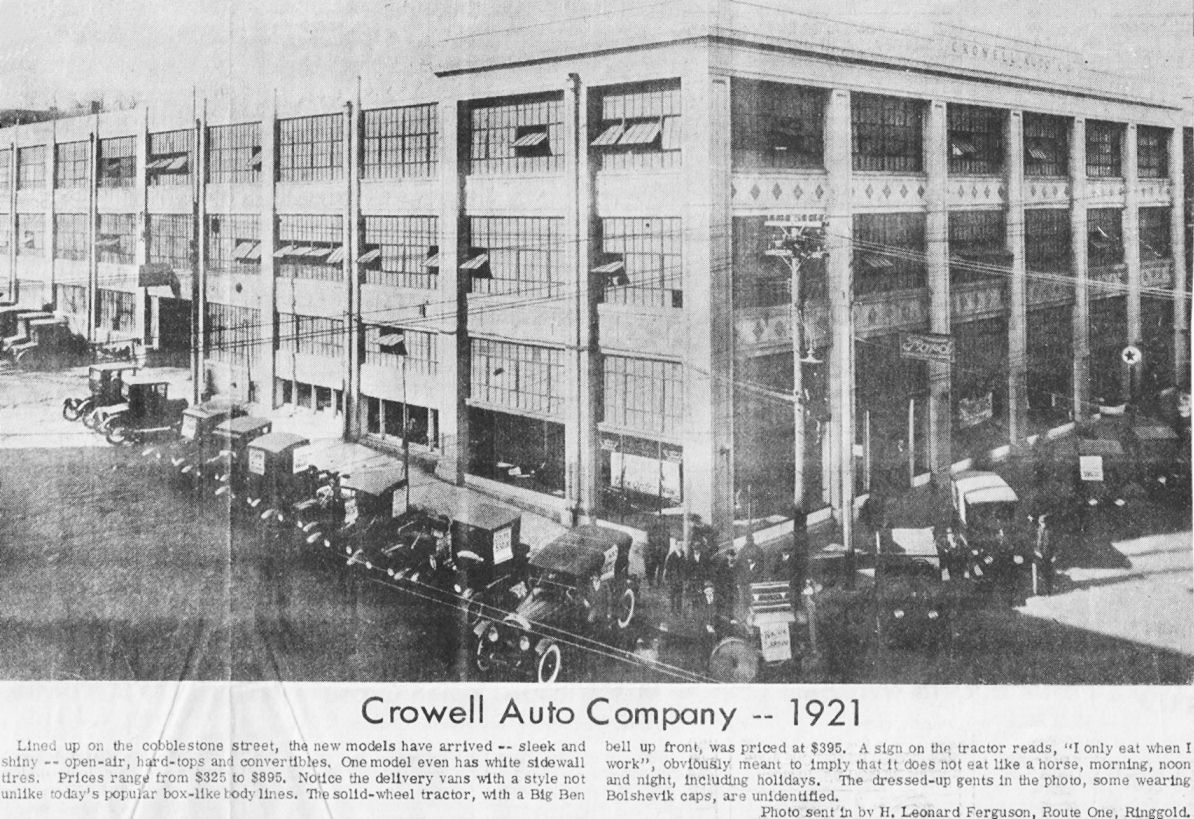