In December 1837, Morris Pollok of Glasgow, Scotland, wrote to George Townes of Pittsylvania County.  Townes was a man of some influence in the county and its member of the Virginia Senate. Pollok was a throwster – a person who twists silk fibers into threads. He was well known in his native Glasgow for is ownership of the highly successful Govan Silk Factory, below. 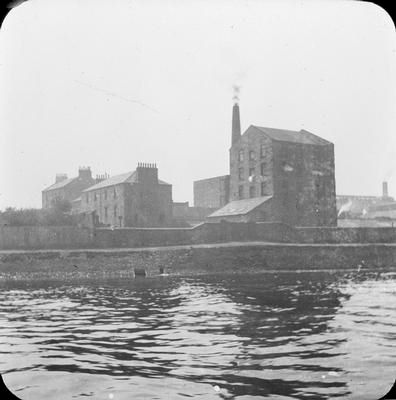 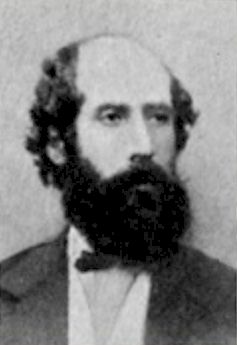 In his letter, Pollok (at right) stated that he was responsible for introducing silk throwing to Scotland in 1820. He asked for Townes’ assistance in having the State legislature allow a foreign national to own land and establish a silk factory in Virginia. He had already been willed land about five miles from Danville.  Two of his brothers had earlier emigrated to Pittsylvania County and accumulated over 300 acres before passing.

Silk production was already a topic of discussion in Virginia. Some thought that the production of raw silk for export would rival tobacco and hemp as the best cash crop. Collecting the silkworm cocoons was said to be any easy task – on that could be done by children and by those too old to otherwise work the fields. Thus, Pollok’s request was granted.

Before arriving in Danville, Pollok first traveled to France and Italy to acquire the best species of Mulberry trees. Mulberry leaves are the favorite food of silkworms. He also acquired some of the best species of Grapes to test their adaptability to southside Virginia.

In June 1839, Morris Pollok arrived in Danville – then still a village. The Richmond Enquirer reported that several hands from the old country were already working Morris’ land, planting the Mulberries and Grapes.

There are no reports suggesting the raising of Mulberries for silkworms near Danville was a great success, and no silk factory was every constructed. It is said that Pollok so interfered with the cultivation of his trees that they all died – along with the silk industry near Danville.

Morris Pollok returned to the old country where he continued to employ about 300 hands in his factory. He passed in 1862 at the age of 75. His Govan Silk Factory suffered a great fire in 1873, and his son’ efforts to diversify proved disastrous. The factory closed by the end of the decade.