The Pritchett and Conrad / Dibrell Mansions

Prior to 1957, the parcel of land that now holds the Doctors Building was much larger than today. It provided providing Main street frontage for two large and elegant homes at 990 and 992 Main Street, now gone to the wheels of time and progress.

According to the Beers map of 1877, this plot was owned by Armstead Brown Chambers, for whom the adjacent street was eventually named. Mr. Chambers began his career in the tobacco trade in Lynchburg before moving to Danville to continue business here. 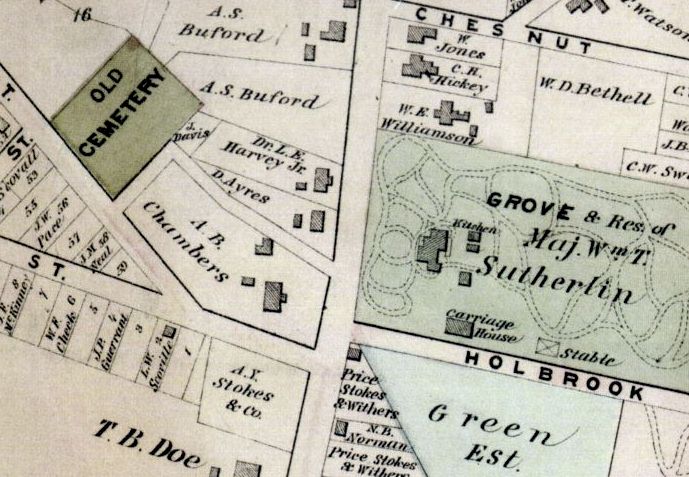 After Chambers’ death in 1879, the property went up for auction and was purchased by Thomas Jefferson Patrick. Patrick divided the land in two and sold one to Charles Conrad and the other to James Pritchett.

Charles H. Conrad was born in Richmond in 1849 and came to Danville to work in tobacco. He married Mary Parker Holland in 1876, living with her family for a time on Spring Street where they owned a tobacco factory. Conrad built the home at 990 Main in 1888 for the then outrageous sum of $40,000.

In June of 1893, Mr. Conrad was traveling home by train from Richmond, where he had been conducting some business and fell from the platform of his sleeper car. He was dragged for several miles before a mile post marker struck him and he was killed instantly. After which there was a long and drawn out suit regarding what to do with his estate.

The house was eventually sold to Richard L. Dibrell. Mr. Dibrell was also from Richmond, born there in 1855. His father had been a tobacconist, but had lost his business during the Civil War. He sent his two sons to Danville to establish the trade here and Dibrell Brothers quickly became a prominent name in tobacco, here and around the world. When Mr. Dibrell died in 1920 of an “insidious disease” that had “slowly sapped his vitality,” the house passed to his wife Mary Boyd Dibrell. She came to Danville from Reidsville upon marrying Mr. Dibrell in 1903. Mrs. Dibrell suffered a fall in 1947 and her health slowly declined thereafter. She passed away in 1955 and the house passed to relatives, after which it languished, as did its neighbor at 992.

It was about this time that Danville began to consider what improvements might be made to the Old West End. The Pritchett house at 992 Main stood, empty and neglected, precisely where the entrance to Holbrook street is now, and the misalignment of the intersection there resulted in numerous accidents. While the city considered what might be done with the Old Dibrell mansion, including the possibility of establishing it as a library, it was decided that the Pritchett house should be demolished to allow for a more convenient (and safer) alignment of the streets.

In August of 1956, the Dibrell home was bought by Doctors Building, Inc., who proposed to raze the old home and build a modern building there, as we see it today. More changes are coming, however, and we look forward to seeing what develops there. 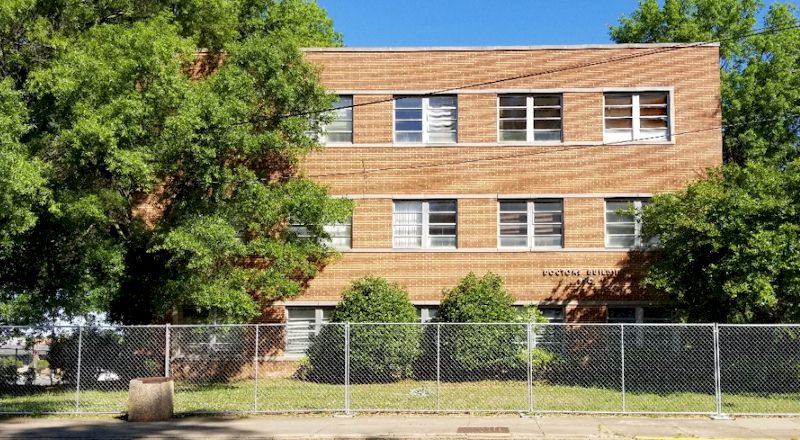