Christopher Grant “C.G.” Holland was one of Danville’s early “movers and shakers.” Born in Franklin County about 1833, he had arrived in our city by the time of the 1850 Census, was active in local politics, traded in tobacco, and was a director for many early railroads including the Virginia Midland. He narrowly escaped death on Sunday, June 29, 1884, when the airbrakes of a Virginia Midland train failed, throwing sleeper cars into the river near Lynchburg. Holland was fortunate that his friend and fellow director Captain C.M. Blackford of Lynchburg was a strong swimmer also in the wrecked car and pulled him from the river after he had already gone down once.

Christopher and his wife Catherine Walters had seven children here – four boys and three girls.  Youngest son Charlton Gilmore Holland was also known as “C.G. Holland” in business but often called Gilmore by the family. He too was a man of some note. He was a director of the First National Bank of Danville. For many years, he served as an officer of the Danville Fair Association – perhaps Danville’s greatest entertainment in the early 1900s. He helped to clear the Danville Military Institute of its large $15,000 debt in 1922. He worked actively for good roads throughout the 1920s, often conferring with Governor E. Lee Trinkle.

Gilmore Holland was perhaps best known for leading the Danville Traction and Power Company through many difficult times and changes.  There was the coal strike of 1922 forcing a temporary reduction in service and a price increase to six cents causing a reduction in ridership. To avoid further price increases, there was a switch to cars operated by just one man – no brakeman – which caused great concern. But the rise of the automobile ultimately brought the end of the streetcar. Under Gilmore’s leadership, trolleys were replaced with buses beginning in 1936 and completed by 1938. 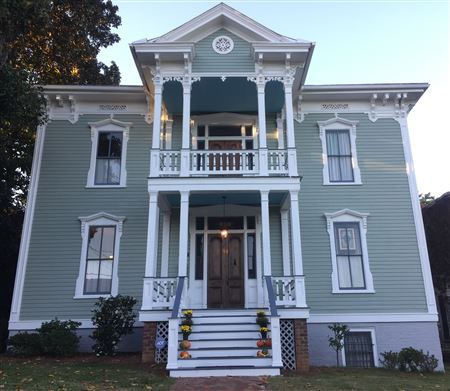 Charlton Gilmore Holland, Jr., born in 1911 and often called “Gilly,” became a doctor and served in the Army Medical Corp during World War II.  He and his wife Louise Fraser Beckwith had three children pictured below.  They are Charlton Gilmore “Pete” Holland, 3rd, Cary Beckwith Holland, and Christopher Black “Kit” Holland (the later named for his great-grandfather).  Pete is a retired attorney for the State of California, Cary a nurse, and Kit a retired nuclear engineer and now a woodworker of some renown. These Holland descendants visited Danville a few weeks ago in their search for more of their family’s history.  In addition to their time in the Old West End, they also visited the family plot at Green Hill Cemetery. 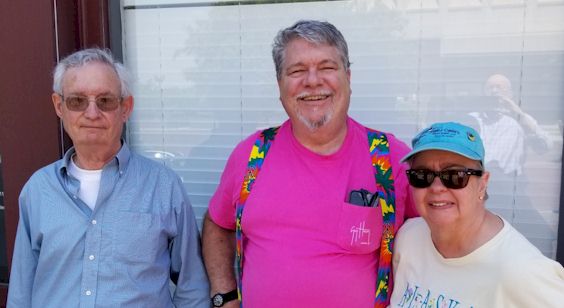 Pete Holland (C.G. 3rd) is shown again in the photograph below with his grandfather, Charlton Gilmore Holland, Sr. 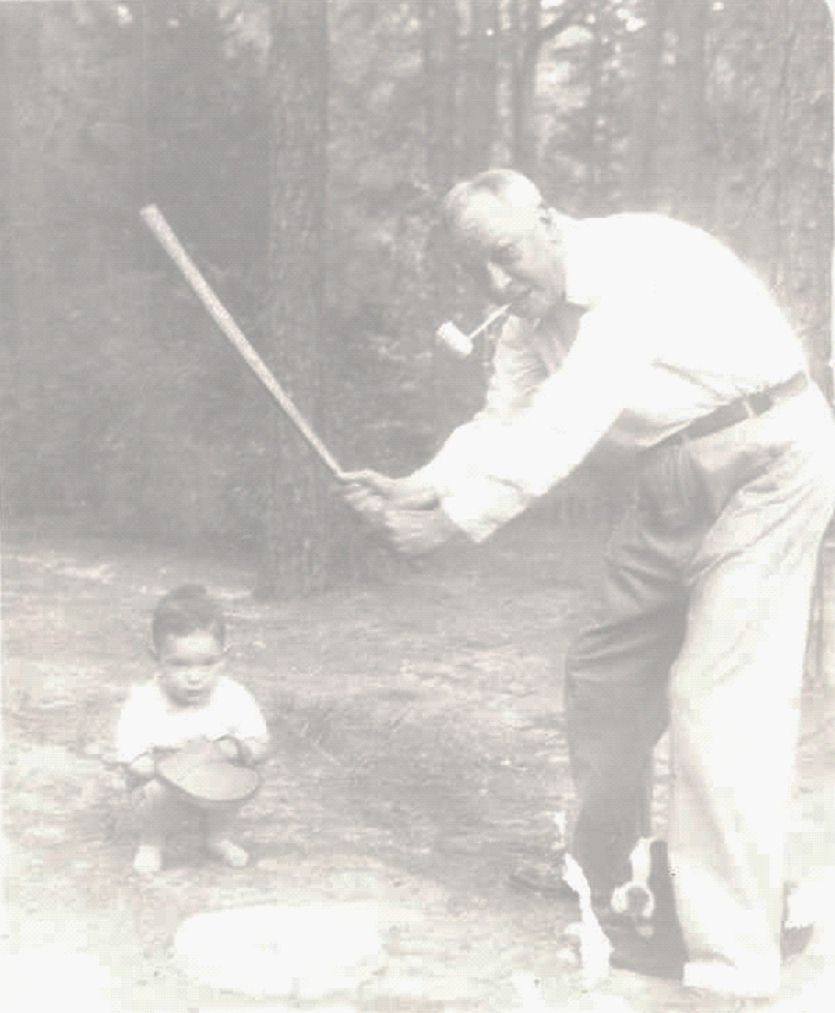