When you think of Danville, Virginia, what comes to mind? Perhaps you remember Dan River Fabrics and its days as a textile giant or the city that was once known as the “World’s Best Tobacco Market.” These, however, are monikors of yesteryear. But we don’t want you to feel sorry for us in Danville. We’re a city on the move!

Recently, Danville was ranked as the third most popular small city (population 10,000-50,000) to move to in America, by the travel website MoveBuddha.com. Rankings like this are a reflection of the hard work that so many people have put in over the past several years. Danville is a great city to visit, move to, or open a business in, and I’d like to tell you why.

We have a world class mountain bike trail, Anglers Ridge, in our city that has been ranked as the best in Virginia and one of the top 25 in the world. We also have 16 miles of paved riverfront trail for running and walking. The trail, which is enjoyed by thousands of people each year, was a significant factor in Danville recently being named a “Runner Friendly Community” by the Road Runners Club of America. We were one of only three cities to receive the designation this past winter.

We have a bike share program that was launched last year and has already been used by thousands of people. Our riverfront YMCA was ranked as one of the top ten recreation facilities in the world by Athletic Business Magazine. We’ve had over $150 million in private sector investment in our River District, where historic tobacco warehouses have been transformed into vibrant loft-style apartments, shopping spaces, breweries and world-class restaurants. Our breweries were featured in the national publication BeerAdvocate magazine.

I mention all of these things (and there are a lot more!) to stress this: Danville has gone through a very disruptive period in its history, particularly in the first decade of this century. We lost our two largest economic drivers: textile and tobacco. Danville was a mill town that no longer had a mill. We lost jobs, revenue, and ultimately, we lost residents. That’s hard to recover from and some localities never do. Fortunately for Danville, we had a number of determined groups and individuals who refused to accept an inevitable decline. Over the past ten years, we’ve been working to reimagine what Danville is and could be.

One of the first things our leaders recognized was that we have a beautiful river running right through the heart of our city, and was largely ignored for a number of years. We began to change that. Our leaders also recognized that we could never again be dependent on one industry to sustain us. We must have a diversified economy to survive, and thrive. We’ve worked on creating that through a number of paths, but one of the most successful has been through focusing on advanced manufacturing, and more specifically precision machining, in a partnership between Danville Community College, our public schools, the Institute for Advanced Learning & Research, and our Economic Development Office. That program, and the Gene Haas Center that was created to house it, has become known around the world and has helped us attract global companies like Kyocera SGS, Overfinch, and Unison, just in the past year.

We’ve seen all these improvements, and more, while still maintaining one of the lowest tax rates in Virginia. Danville has a low cost of living with a high quality of life. For a city of our size, we have a lot of amenities. That’s very important, and truthfully, we’re just getting started. There is a multi-million dollar riverfront park in the works that we believe will be in a class of its own when completed. These livability factors matter, especially to my generation: millennials. It’s not uncommon now for people to decide where they want to live first, and then figure out what their job will be. It’s a new way of thinking when it comes to economic development, but it’s something we absolutely have to be aware of.

I believe over the past several years, we’ve laid the foundation for Danville’s future. Do we still have challenges? Absolutely. We have a long way to go, in some regards, to get to where we truly want to be, but I believe the progress we’ve seen in the past decade will pay dividends in Danville for decades to come. 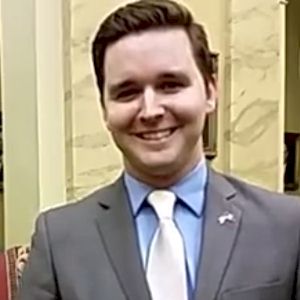