In 2012, Allison Platt and Associates made note of the large amounts of open space in the interior of the blocks in the Old West End.  Her Old West End Rental District Study suggested that these “wild” areas, overgrown with kudzu, be developed into a system of interconnected green spaces over time.

In 2014, a study was completed by Hill Studio for the City of Danville.  This study was called the Pine / Jefferson / Five Forks Development Initiative and Old West End Revitalization Strategy.  It is more commonly and simply called the Hill Studio Report.  The cover of that report is shown at right.  It can be viewed in its entirety on the city website. 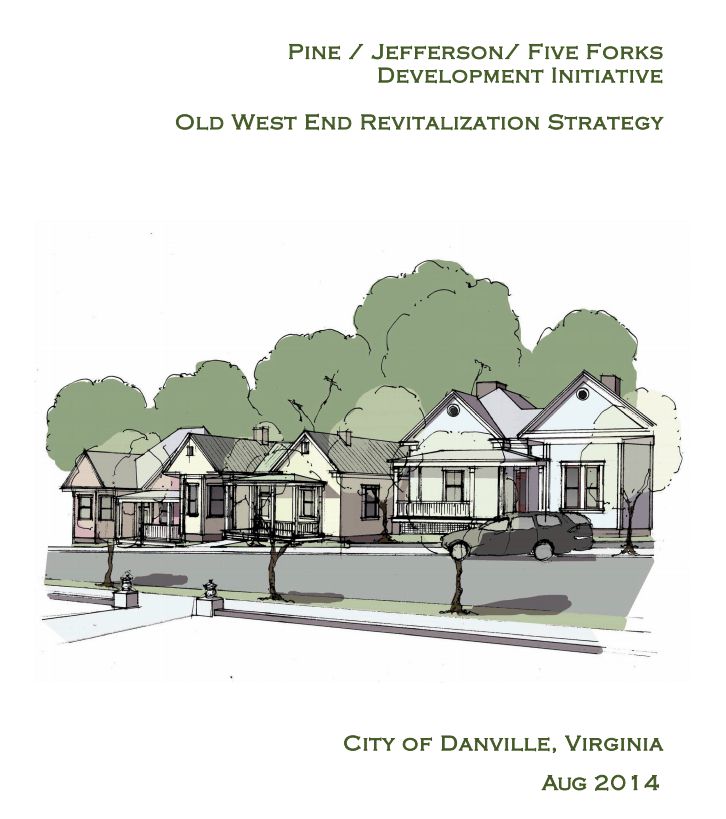 Among its many recommendations, the Hill Studio Report suggested that the city acquire the inner-block open space between Main Street, Pine Street, and Jefferson Avenue for “community recreation and gardens, including development of a walking trail.”  Hill also stated that the area was overgrown and unsightly.  Their concept is illustrated below.

Hill Studio offered some further detail, shown at right.  However, their proposal did not fully consider the topography of the land.  Between Main Street and Five Forks, their is a drop of over 60 feet in elevation.  Even in this more limited area, there is a slope of 20 to 25 feet in elevation. 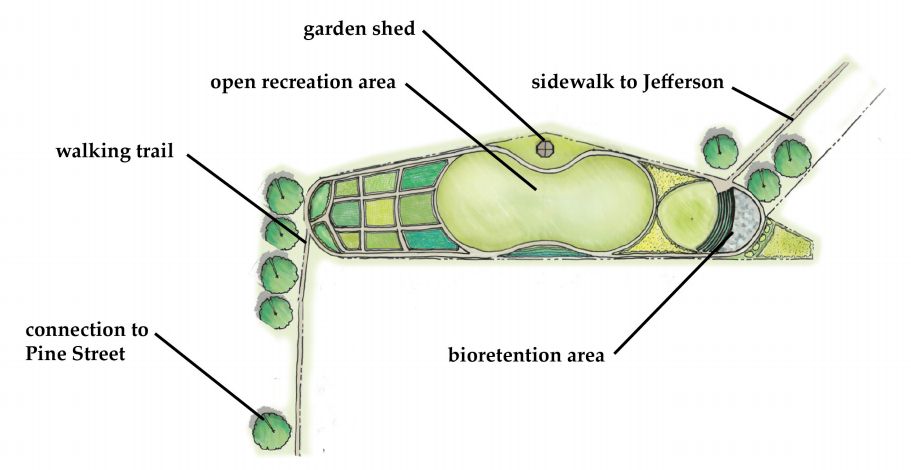 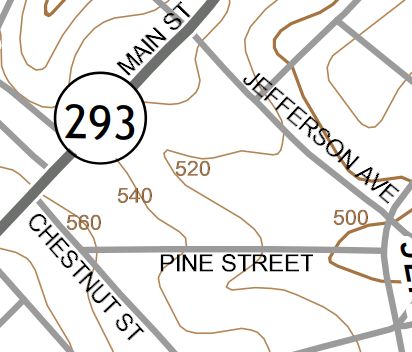 Their proposed access to Jefferson Avenue may also have required acquisition and demolition of a mid-block Jefferson Avenue home.  However, since the completion of the Hill Studio Report, the home at 208 Jefferson Avenue was demolished, and the city is now working to acquire that adjacent open lot.

Note that the Hill report was never intended to consider the needs and wants of specific landowners or surrounding community.  That was left for the future.

In 2017, Friends of the Old West End, the nonprofit neighborhood organization for the area, began discussions with the primary landowner, the First Baptist Church (FBC).  FBC expressed an interest in having their land productively used for both church and community purposes.  (Many years ago, former FBC pastor James Shelburne used portions of that land to provide corn and tomatoes for local residents.)

Discussion were also begun with the Church of the Epiphany which holds open space immediately adjacent to the FBC property and extending to Jefferson Avenue.  The combined FBC and Epiphany owned land is outlined in red below.  The open lot the city hopes to acquire is outlined in yellow. 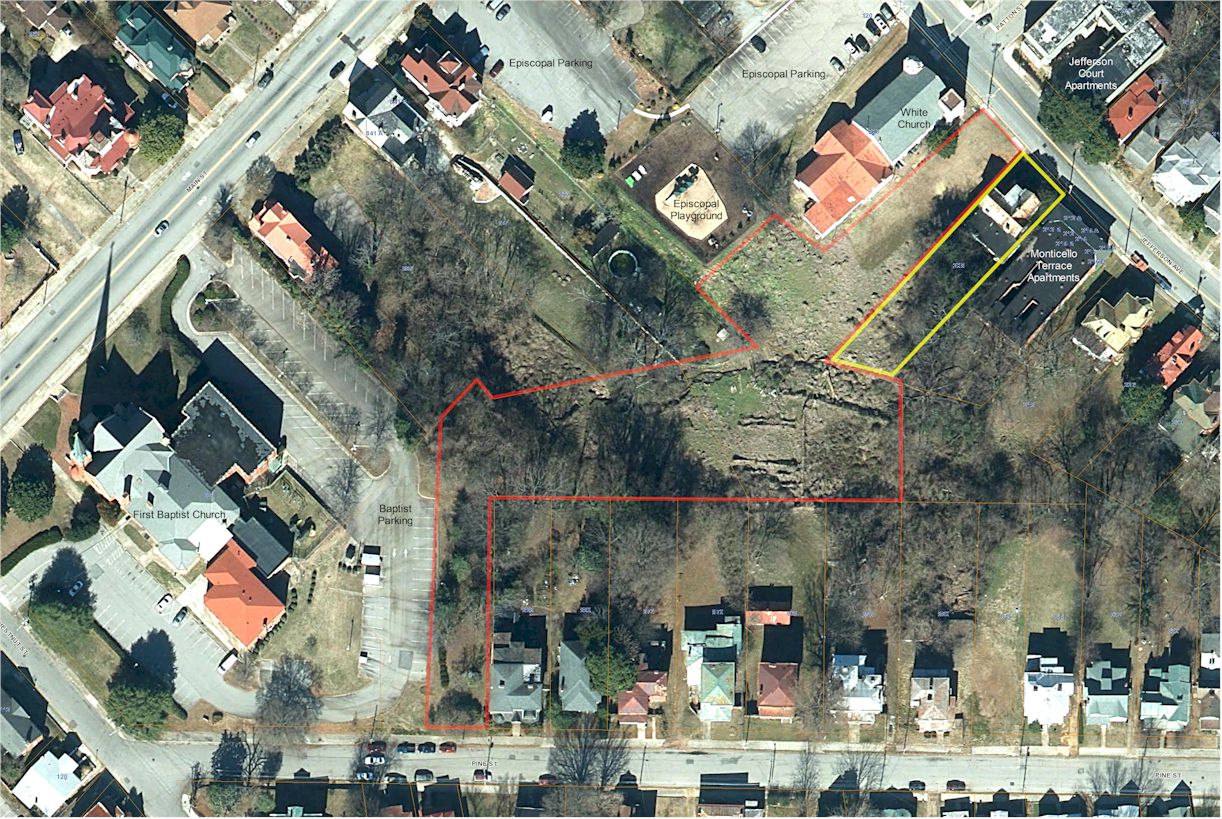 Also during the summer of 2017, a pathway was temporarily cleared from the invasive kudzu vines now overtaking the area.  The purpose of this pathway was to determine whether the land could be cleared by volunteers using a bush hog.  This was determined to be mostly infeasible, and no further action was taken at that time.

In June 2018, Friends of the Old West End was approached by Amelia Hulshelt, an intern with the Danville Regional Foundation 2018 Intern Project.  Amelia received her degree as a landscape architect from Virginia Tech, and plans to return there in the fall for her master’s degree in the same discipline.

Amelia and Friends of the Old West End will be working to refine the Hill Studio proposal taking into consideration:

The results of that collaboration will be available here and to the community in late July.

Many steps remain to see this wild area converted to a neighborhood asset including continued discussions with the churches on the use of their land and finding the ways and means to make it happen.