It was 1854 when the Danville Female College, shown below near the corner of Tazewell Alley (now South Ridge Street) and Loyal Street, first opened its doors. 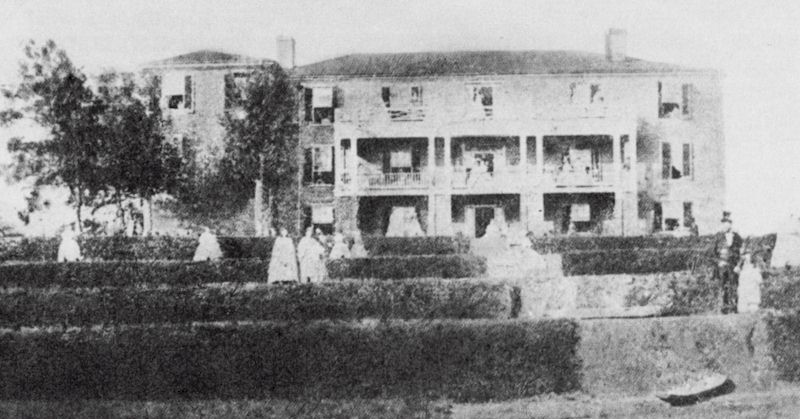 James A. Dean served as president, but he gave up his position at the opening of the Civil War to join the ranks. His successor, George LaMonte of New York, is credited with keeping the stability of the college through the war. Danville’s status as a major center for the Confederacy, and home to as many as 7,000 prisoners, made it susceptible to attack and thus enrollment fell. For a time, the school served as a secret repository for the Confederate treasury, an attempt to keep it out of “rapacious hands.”

During Reconstruction, the college went through a series of new presidents in quick succession and by 1877 was drowning in debt. The school closed and the building was sold to the city for $12,000.

The site was used for the Loyal Street School and then the Robert E. Lee Elementary School.  In 1956, the site became home to Sears Roebuck and Company – whose building now serves as the Galileo Magnet High School.

Eleven of the original fourteen members of the college’s board of trustees applied for a new charter. In March 1883 construction began on the Danville College for Young Ladies located at the intersection of West Main and South Main Streets.  That building is shown below before the addition of its two-story portico in 1910. 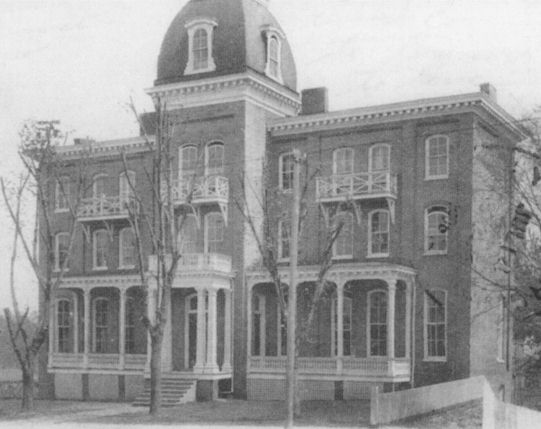 The first principle of the new college was John C. Blackwell who had served as president of the former college in 1869. He served again from 1884 until his death in 1887. It was at that time when the college reluctantly changed names again. It became a campus of the Randolph Macon Institute, a preparatory school for young ladies. Expansions, and pressure to compete with the Randolph Macon College in Lynchburg, again mired the college in debt. The school’s board decided to reorganize and appointed long-time board of trustees’ member, John C. Simpson, principle. Under Simpson’s leadership, the decrease in enrollment was reversed and for a few years the school began to prosper, though the debts remained. When a series of fundraisers failed to lift the debt or appease the college’s central committee, the school closed again and in 1930 the buildings were put up for sale.

This loss was more than Danvillians could take. A group of concerned citizens banded together and formed a corporation to purchase the buildings. A new charter was acquired, and a new school formed, named after Robert E. Lee’s home.

Dr. John Simpson – or Captain John, as he came to be known – continued as Stratford’s president and served in that position until his death in 1962. In 1963, Dr. W. Hugh Moomaw became head of the school and initiated a major expansion project. New buildings were constructed just in time for a major increase in enrollment, which rose from 250 in 1963, to 600 by 1969, when the school at last achieved four-year status.

By 1970, enrollment numbers began to fall off again, and by 1974 only a handful of staff remained. On June 28, 1974 the school closed for good and the building was sold to the hospital, who eventually re-purposed the building for senior living.  It is shown today below. 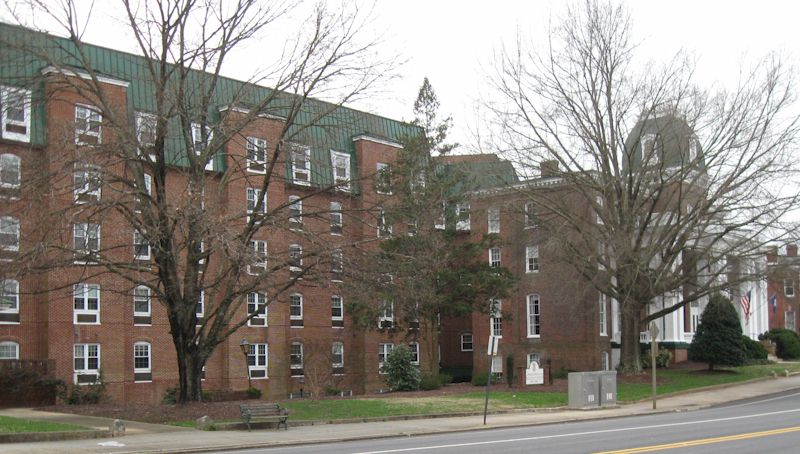