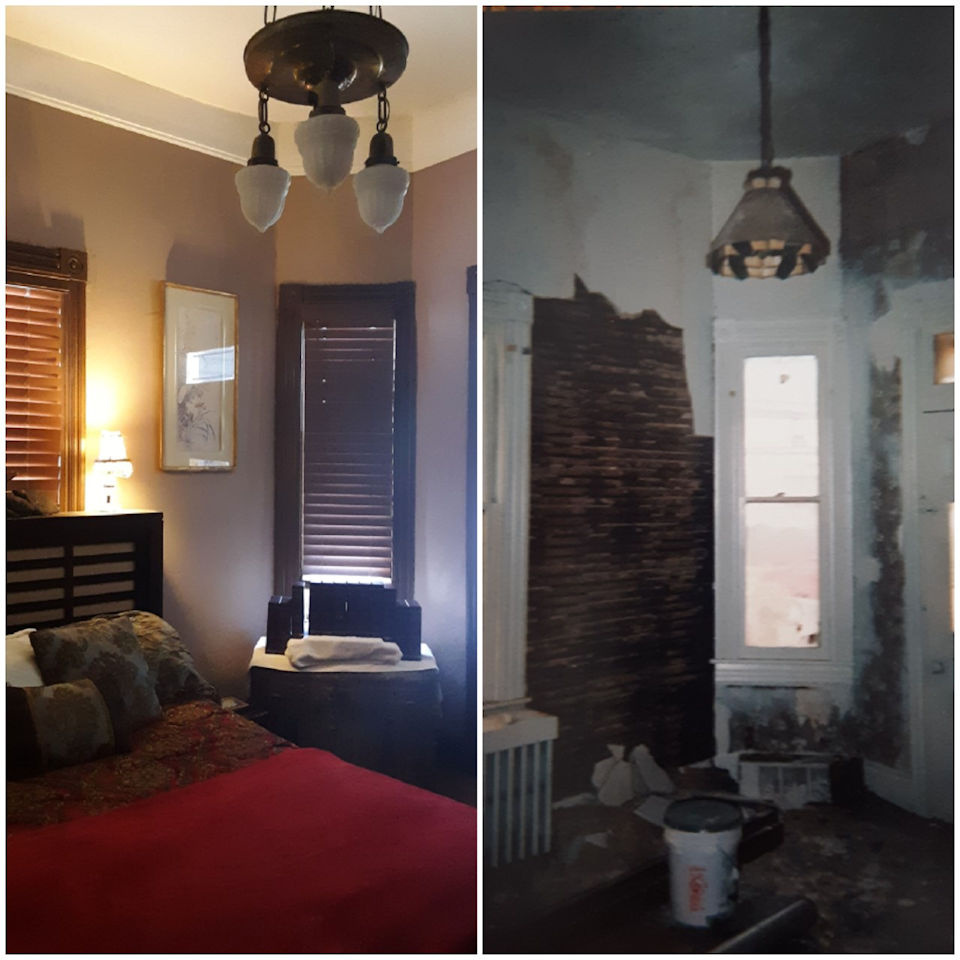 The land on which the house at 426 Chestnut Street now stands was acquired by F.X. Burton at the time William T. Sutherlin auctioned off the land surrounding his home in 1899. You can read more about that sale and the reason for it here. In 1905, after the death of Mr. Burton, Alice Burton, sold the unimproved lot to Mrs. B.A.P. Strother, “a married woman holding separate estate.” It was Mrs. Strother who commissioned the home to be built, though it is unlikely she ever lived in it. In 1908, Mrs. Strother, whose maiden name was Booth, willed the house and land, valued at $2,200, to William Henry Booth (possibly her nephew, the son of her brother Peter Benjamin Booth), and when she passed, a year later, the property became his. 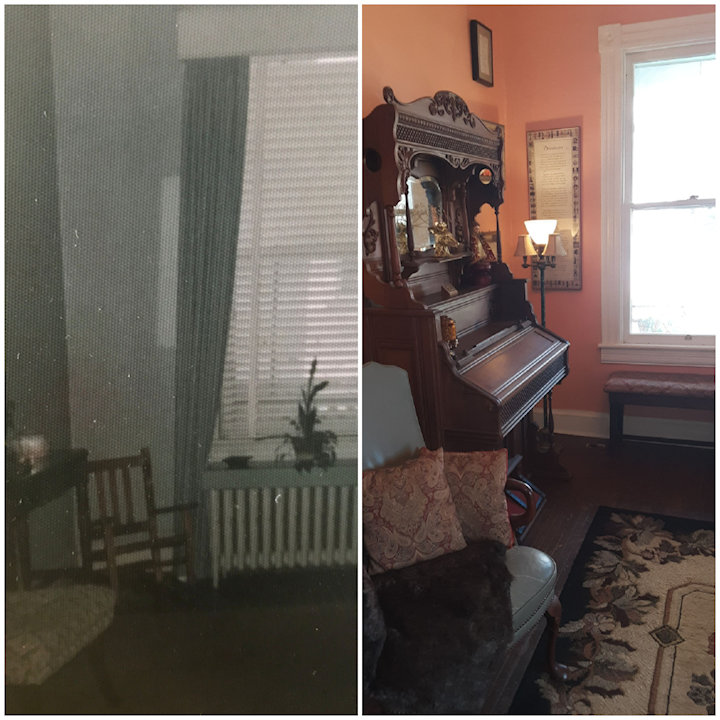 It’s possible Mr. Booth occupied the property prior to Mrs. Strother’s death, but we do know from census records that Mr. Booth and  his wife Florence were living in the house by 1910. Not much is known about Mr. Booth. He was born in Pittsylvania County in 1874. He was a salesman in a drug store, and he was the first cousin (once removed) of Danville Mayor Harry Wooding. The family lived in the house until around 1927 and eventually moved to Jacksonville, Florida.

For a period of almost four years the house was the home of Thomas Roddey Gettys, who moved here with his wife Missouri, from Rock Hill, South Carolina in 1920. Mr. Gettys operated the West End Filling Station (at the present location of Crema & Vine). The family was not in the house long, as Mr. Gettys suffered a heart attack in March of 1931 and passed away a week later. After her husband’s death, the house went into foreclosure, and Missouri and their five children returned to South Carolina.

Latinus A. Wells was next to own and occupy the house, along with his wife Louise “Polly” Wells and their adult daughter Sarah, who worked as a stenographer for the city. The Wells family came to Danville from Mecklengerg County, Virginia. Mr. Wells was a salesman with a paint company but had formerly identified himself as a tobacconist. In his later years he dealt in real estate, and was heavily involved in that business until 1945 when he died suddenly of a cerebral hemorrhage. After Mr. Wells’ death, Mrs. Wells remained in the house. Polly worked as a secretary at American National Bank. According to a grandson of Mrs. Wells, Lane Fentriss (as related by him to present owner Michael McNeely) “…Our grandmother ‘Polly’ was a career woman before it was in vogue. Most would tell you that as executive secretary at American National Bank, she also ran the place for years, walking to and from work every day and home for lunch. She ran the Wayles Harrison Cancer Trust. I remember she hired Jim Motley who later became President (of the bank), and many others. She learned to drive after she retired, and her car was a Super special Ford Falcon with a V-8 engine, chrome under the hood, bucket seats etc., all of which she didn’t know much about, but she was a ‘sport’ in her car, taking folks to the grocery store, doctors, etc.” Mrs. Wells remained in the house until her death in 1987.

For a time thereafter, the house was used as rental property.

In 2004, the house was acquired by Michael McNeely. Michael was born in Pearisburg, Virginia but moved to the Danville area as a child, where his father’s family had lived since the early 1800’s. His great uncle, one of many in the family who were active in Police, Fire, and rescue departments, was a founding member of the Danville Rescue Squad. His mother, Lucy Mae St. Clair worked as a paralegal before retiring. She, too, is a resident of the Old West End. 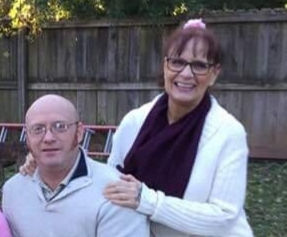 Michael, who studied historic architecture and design at Virginia Commonwealth University, has always loved old houses, particularly those of the Victorian revivalist period. Professionally, Michael took a different direction and, after earning his Masters in Social Work from the University of Southern California, he now works as a Licensed Clinical Social Worker specializing in children’s mental health.

Michael has a lot of experience with old homes, having worked on a couple of houses in Richmond’s Fan Historic District, as well as a offering his expertise on friend’s restoration project in Tampa, Florida. He’s even contributed to the restoration and rescue of nine homes in the Old West End, including his own. “My favorite part,” he says, “is finding clues to what once was and bringing it back to life. Discovering a closed in archway in my foyer that, once it was restored, turned a dark hallway into a large welcoming part of the entrance is a favorite for me.”

At the time Mr. McNeely acquired the Chestnut Street property in February of 2004, the radiators had burst from freezing temperatures, flooding the floors with water that iced over. He referred to it as his own personal “skating rink”. The workers who had been there previously, hired by the sellers to prepare the house for sale, had sprayed the transom windows with paint. Piles of plaster which had fallen from the walls were collected into several rooms. Many of the rooms also had piles of trash and remnants of drug paraphernalia from squatters and the homeless. The real estate agent he was working with told him, “No one wants to represent a house in this neighborhood, no one will buy them.”  Many of the houses were boarded up, vacant lots were overgrown and filled with trash, there were frequent gunshots from nearby streets. Mr. Fentriss, the grandson of Mrs. Wells, whom Mr. McNeely tracked down and with whom he began a correspondence, told him that neither he nor his sister could bear walking down the street, the house and its neighbors had grown so dilapidated. 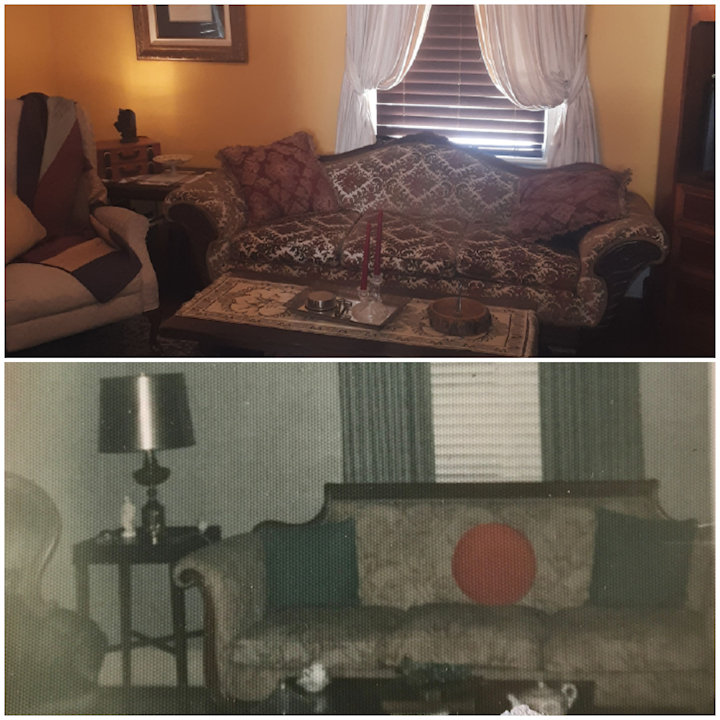 Michael was not daunted, however. “I loved the neighborhood. I can’t look at an old house without seeing what was and what could be. I didn’t want to buy a house anywhere else in Danville.”

Mr. Fentriss, too, has been encouraging of the work he’s undertaken. “It is great to see what you are doing,” he told him, “and to see the neighborhood which now seems to be getting some attention.”

Michael is happy with his choice, too, particularly as the neighborhood continues to improve. “My only regret,” he says, “is the number of houses that have been demolished … has been a great loss to the overall neighborhood I bought into. That said, I am excited to see the progress the neighborhood has made toward invested ownership. It’s home.”