Much has been written about Major William T. Sutherlin (1822-1893) and the use of his mansion as the Last Capitol of the Confederacy. Less is said about his contemporary and nearby neighbor, Colonel William Rison (1813-1902).  Rison’s oak-shaded four-acre property was directly across Holbrook Avenue from Sutherlin’s larger grove (see 1877 Beers’ map above).  For both men, their country estates came to unexpected uses.

Major Sutherlin’s grove is now occupied by some 22 homes and a small apartment building.  By the 1890s, much of the surrounding area was already filled with fashionable Victorian homes. Sutherlin’s property was subdivided to create additional building lots soon after his death in 1893. 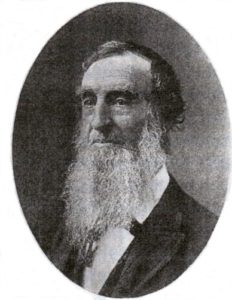 William Rison, pictured at right, became a Colonel in the Virginia Militia.  He was best known as Danville’s Clerk of the Courts. He served in that role from 1874 until failing eyesight forced his retirement in 1901.

Colonel Rison’s property had a much different use. His mansion was removed for the construction of a new school serving the elementary grades in 1909.  Because of the massive oaks there, the school was named Rison Park. The cornerstone was laid on Easter Monday – April 12, 1909. 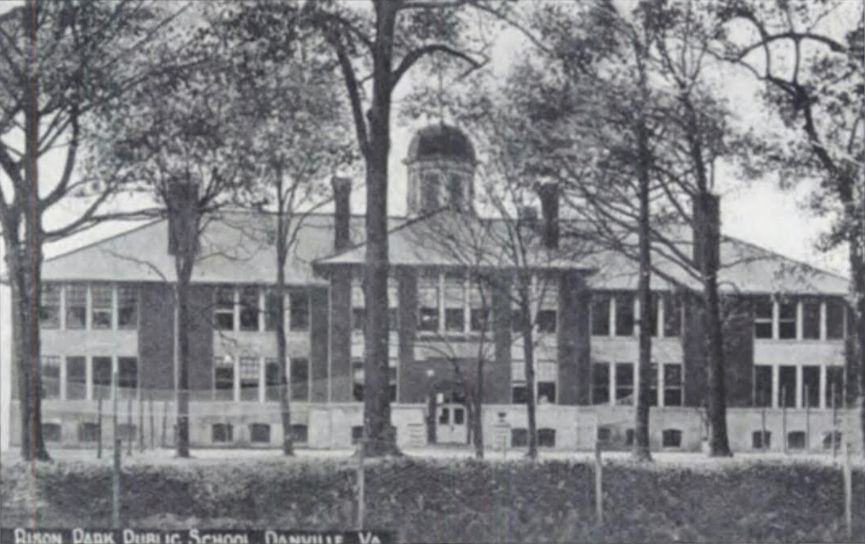 Another school was built in what is now the Old West End at about the same time. Danville’s first dedicated high school was erected on Grove Street at its intersection with Chestnut Place, shown below. 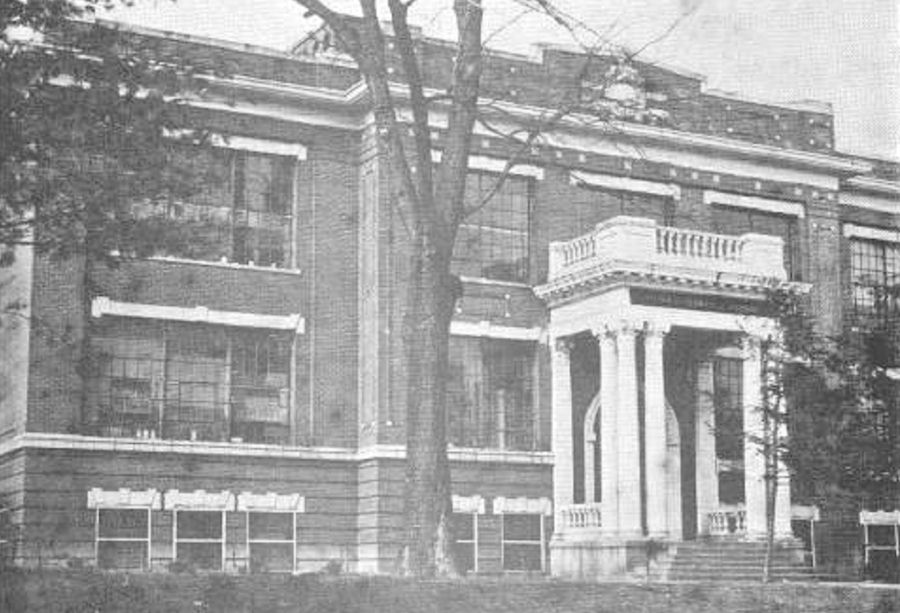 Given Danville’s rapid growth at the time, additional school facilities were needed by the mid-1920s, but the lot on Grove Street was too small to allow expansion of the high school there.  As a result, it was decided to swap the uses of the two schools, expanding the building in Rison Park to become the new high school.  Classrooms, a science lab, an 1,122-seat auditorium, and a gymnasium were added in 1927. The rear of Colonel Rison’s property on Wyllie Street (now Rison Street) plus some adjacent lots were used for athletic fields.  The expanded building also received a new name – the George Washington High School – though the lot was still called Rison Park. 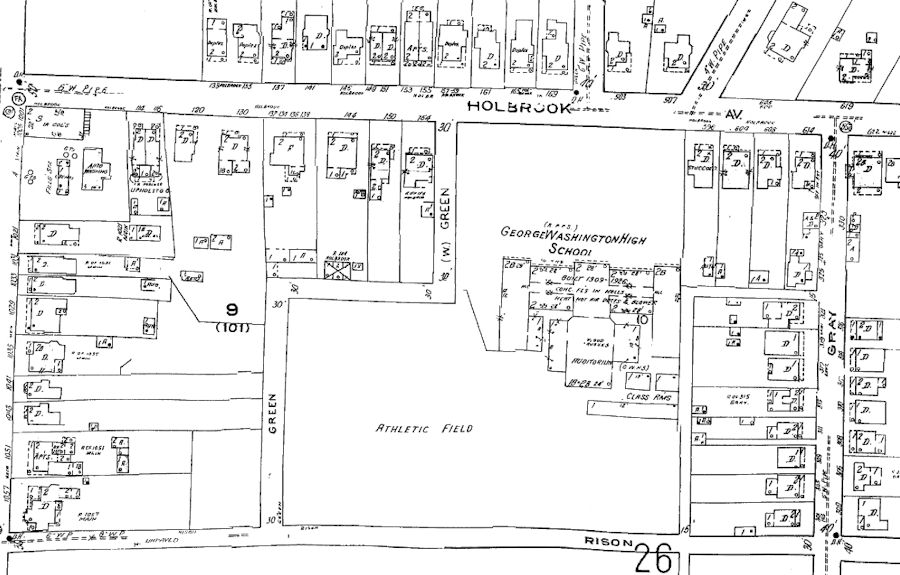 The school building on Grove Street became the John L. Berkeley School, named for a long-time Danville educator.  It served the elementary grades.

The George Washington High School moved to its present location in 1957.  At that time, the school in Rison Park became the second Danville school building to be called Robert E. Lee Junior High.

When the cornerstone of the old Rison Park School was opened on its demolition in 1977, the original cost of the lot and building were revealed – $17,000 and $45,000.  In 1978, the site became Sutherlin Place, a Georgian-style townhouse development.  The wall surrounding this complex is built with bricks from the demolished school.  The athletic fields on Rison Street were put to other uses including a medical office condominium at 501 and Harmony House at 515.  Danville-Pittsylvania Community Services has used Harmony to provide a variety of mental health services.

The former site of the high school / Berkeley School on Grove Street is presently vacant.  In 1974, there was a proposal to build a 120-bed nursing home, but this was met with opposition.  The old school property has since been merged with the land holdings of nearby Calvary Baptist Church.