Writing about the houses in the Old West End is both a joy and a challenge. It’s often the case that I get just a little attached to the people and places I’ve found surrounding me since I moved here ten years ago. During that time I’ve fallen in love with several houses, as well as the people who built, owned, and lived in them — and who do today!

As a non-native to Danville, my work usually begins by referencing the hard work, the wisdom, and the knowledge of those who began this work before me. Our director, for instance, has spent countless hours compiling census and directory listings, as well as newspaper articles for each of the houses addressed within the Old West End’s boundaries. I also refer regularly to Gary Grant and Mary Cahill’s book, Victorian Danville: Fifty-two Landmarks, Their Architecture and History, which is simply filled with valuable information carefully culled from a multitude of resources I still can’t wrap my head around. And there have been a number of times that I’ve consulted Mr. Grant personally over some matter I can’t seem to work out. It never ceases to surprise me how much information he’s able to store and recall.

From those initial sources, I go to the deed records. I begin with the publicly accessible records online and I note down the most recent deed records, which are digitized. From there I work backwards, reading the most recent deed record until I find a reference to the one that preceded it. This continues until I have found the first deed that indicates that a dwelling or “improvements” were built upon the plot of land being referenced. These records will often refer to maps, or to wills, and so my research in the archives of the courthouse can take hours, usually requiring that I read documents hand written in flourished penmanship. When I first started this work, I found these records and the room they are kept in, quite daunting, but I quickly learned how to find the information I was looking for and how to translate the legalese. And those who work in the archive are always friendly and very helpful. 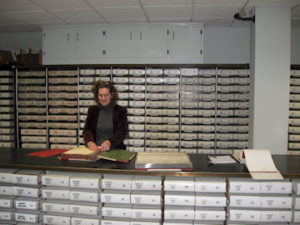 Once I’ve gleaned all the information I can from the deed records, I then make a note of the names of those who have lived and owned the property in question, particularly if they spent a considerable amount of time there. I’ll then take those names and begin searching the indexes of the collection of books I have on hand. In the early 1900’s several series of books were published highlighting the lives of people who contributed to the history and development of the state. These include History of Virginia and Virginia: Rebirth of the Old Dominion by Phillip Alexander Bruce, and Virginia Biographies and Men of Mark in Virginia by Lyon G. Tyler, some of which can be downloaded as scanned PDF’s if you are interested in having these references for yourselves (see link below).

Other books that help me in my research are If Streets Could Talk by Lee Wayland, and, as I’ve mentioned in previous posts, I Live in Virginia, by Julian R. Meade. His work is more than just facts and outlines of people’s lives. He paints a richer, more dynamic picture of who some of these people were and the historical events that shaped his life and those he was closely connected to. The postcard histories of Virginia are very useful, particularly when it comes to finding images, as are the books and images lately published by the Danville Register and Bee.

For any or all of these links (plus many more we will continue to compile and update), visit the newly created Research Resources page.

The other two resources I use religiously and exhaustively are family history websites such as Ancestry.com and Familysearch.org where I have 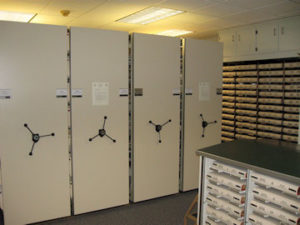 access to census records, death records, burial records (which sometimes include links to images), birth and marriage records, and downloadable images of the original documents. Census and death records are particularly useful to download in case there’s information I want to come back to later. I’ll then create rough family trees, complete with birth, death, and marriage dates for each of the people my research will include. This way I can see how deeds and property passed from generation to generation, despite marriages and name changes, or get a better understanding of the interconnectedness of the community. It was a small town then, too, after all.

Lastly, my research always includes a thorough scouring through local and area newspapers at Newspapers.com, which has searchable images of the Register & Bee from 1922 until 1975. If the dates of my search are before that timeframe, I’ll often do a wider search, including any and all newspapers in North Carolina and Virginia. Often news about figures who had a stake in the history of tobacco will be mentioned in papers in Richmond or Durham, so it’s worth the trouble to sift through all the irrelevant articles the search will pull up.

Hopefully this will give you some insight into how our work here is done, and perhaps offer some suggestions as to how you, too, can conduct research on your own homes and historical Danville figures of interest. One of our aims is to make our research public and accessible to others who might find value in it. There’s nothing like having multiple angles and many hands and eyes working on the subject of our local history. The more we learn, the more we understand. And the more we understand, the better we can serve that history by preserving and protecting it. 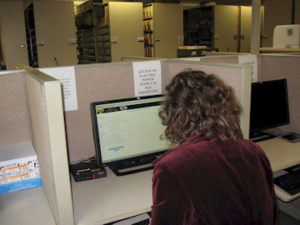 Best of luck to you in your own searches, and stay tuned here for more of our own!