An overmantel is a shelf over a mantelpiece, often with a mirror.

The placement of large mirrors above a mantel has been popular since the 1680s when the method of casting large pieces of glass was invented.  The glass was then cut, polished, and silvered by specialist workers and set in decorated frames.

Somewhat later, the mirrors were more ornately framed adding shelves and other embellishments – becoming overmantels.  Overmantels remained popular with those who could afford them through the Victorian era.

During renovations to the W.F. Patton House on Main Street in 1917, its ornate overmantels were removed in favor of more modern / less Victorian décor.  Fortunately, two of its overmantels have returned to the house over the years.

The ballroom’s front overmantel – marked John A. Moore Company, Baltimore, 1890 ­– came home in 2006 some 89 years after its removal.  It had been in storage in storage in Winston-Salem since 1970 for possible reuse there, which never occurred.  It is highly ornate, plaster on a wood frame, most recognizable for its decorative winged griffins (below).  At that time, the location of the ballroom’s second overmantel was unknown. 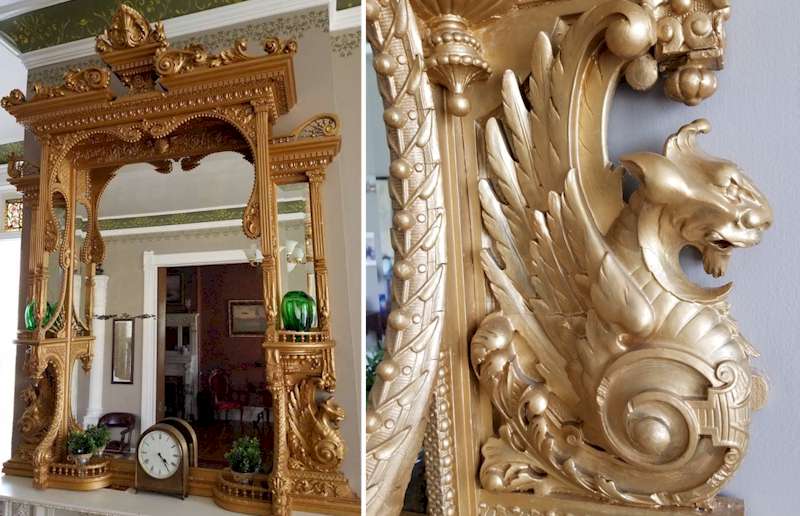 The overmantel now in the Patton House dining room returned to the house in 2007 from the Forest Hills area of the city where it had been used for many years as a dressing mirror.

By stroke of luck, a shipper of antiques mentioned to a Danville client the movement of an ornate winged griffin-decorated overmantel from here to a museum-quality antique auction house near Tuscaloosa, Alabama.  Queries to the auctioneer proved this piece to be the ballroom’s second overmantel. 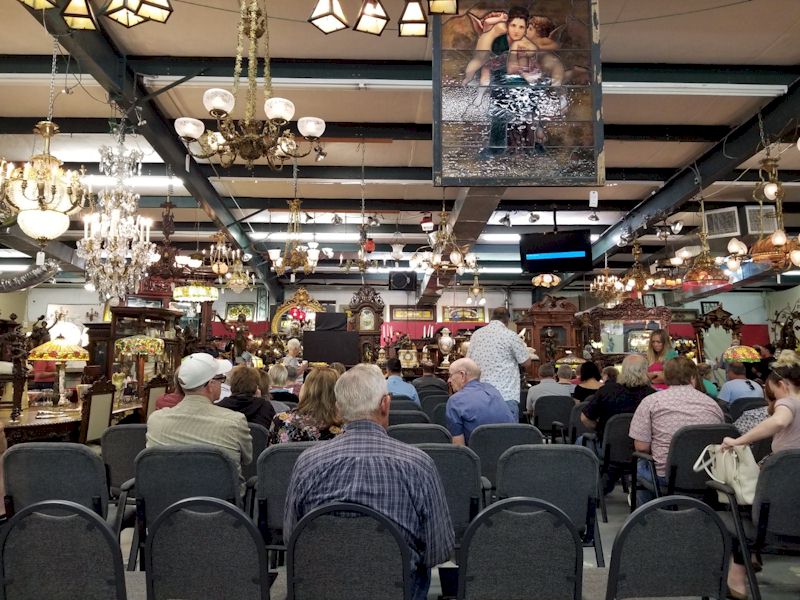 At an auction (above) this past Saturday, June 5, 2021, that overmantel (below), was acquired and will be returning to Danville in six to eight weeks.  Fortunately, it is in remarkably good condition. 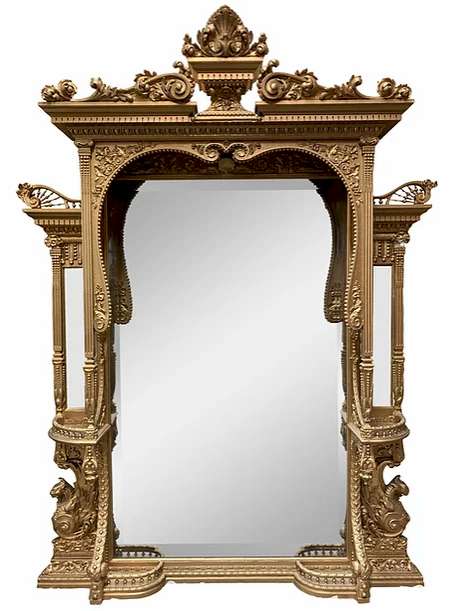 So, in a few weeks, the W. F. Patton House will be far closer to having all its 1890 architectural décor.  Perhaps a celebration will be in order.