Chief Scott Booth says, “Neighborhood Oriented Policing is the next step for the Danville Police Department in continuing to build trust and legitimacy within our community. With NOP, we will expand on the crime reduction and community engagement strategies that have worked in our city, but also focus more on specific neighborhood problems and solutions.”

Beginning in 2021, the Danville Police Department reorganized into four geographic quarters – northwest, northeast, southwest, and southeast – to become more neighborhood oriented.  Each quarter is overseen by a police lieutenant as commander.  The Old West End is a part of the southeast quarter along with the River District, Westmoreland, and other areas south of the river and east of Central Boulevard / South Main Street. 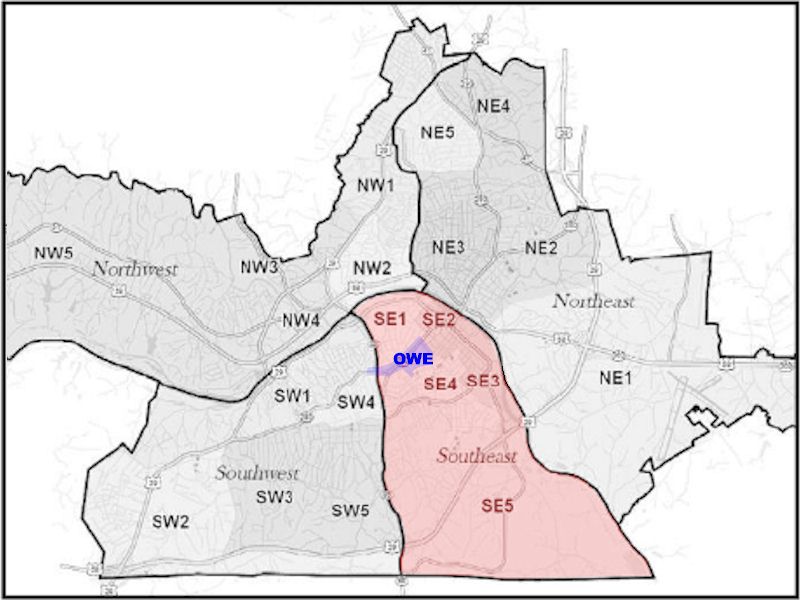 The Gazette met with our Old West End commander last week – Lieutenant J. L. “Johnny” West.  Pictured above, Johnny is most anxious to build relationships and continue the downward trend of crime in the city.  And he has promised an increase of officers walking neighborhoods and riding bicycles to get to know us better.  When you see Johnny and members of his southeast platoon on the street, please introduce yourself.

A Danville native, Johnny has served in the Danville Police Department for the past 16 years in various roles including Officer, Corporal, Sergeant, and Field Training Officer.  He was also a dedicated member of SWAT and served in the Community Police Division.  We look forward to working with you, Lieutenant West. 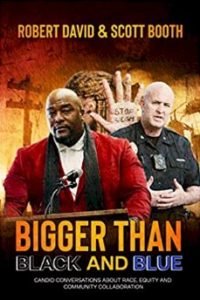 But this is not the only recent news from Chief Booth.  He and Youth and Gang Violence Prevention Specialist Robert David have cowritten a book titled Bigger Than Black and Blue.  Subtitled “Candid Conversations About Race Equity and Community Collaboration,” the recently-released book outlines how updated strategies for tackling gang violence and police distrust have seen success here in a historically-divided city.  The book is available in paperback and Kindle editions at Amazon.