Joseph Overton Boatwright was the youngest of seven children born to John Guerrant and Pattie Pendleton Boatwright. Overton was born in Danville on December 7, 1871. He was not quite two when his father died. Thanks to the industriousness of his elder brothers, Overton was able to remain in school. His earliest documented occupation was “dealing in books and stationery” most likely for the firm Boatwright Brothers, which his brothers established in the 1890’s. By 1898, the names of all four surviving brothers shared the placard: John Ballard, who would soon relocate to Mullins, South Carolina to set up a re-drying factory; William Penick, the chief principle in the firm; and Herbert Lee, who was quickly making a name for himself in tobacco. 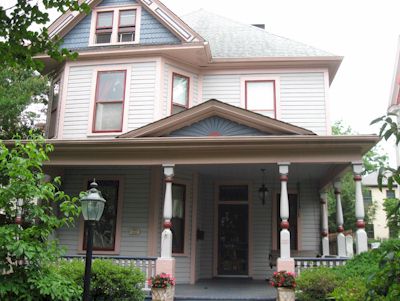 In 1899, Overton married Ella Wooding, the daughter of Mayor Harry Wooding. The couple spent the first few years of their marriage at the Boatwright home on Patton Street before moving into the newly built Bagby house at 130 Sutherlin Avenue (at right). By 1920, Overton was working as an auditor in a tobacco factory. Eventually Overton formed a partnership with Charles Graham Evans to establish the insurance brokerage of Boatwright and Evans, but the partnership ended in a nasty split in 1933 when Charles Jr. took over. 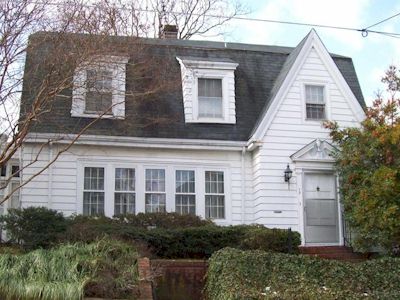 Two children were born to the couple, but sadly they died in infancy. Not requiring the space of a large home, the Boatwrights relocated to the Hotel Danville, where they spent the entirety of the 1920’s and most of the 1930’s. Shortly after an incident in 1937 in which Overton’s automobile was stolen, the couple moved into the home built by his brother H. Lee Boatwright for Lee’s son John G. Boatwright at 13 Chestnut Place (at left), just behind H. Lee’s house at 904 Main Street.

It was also in 1937 that Mr. Boatwright ran for the office of Commissioner of Revenue, but ailing health derailed his campaign efforts and he retracted his bid.

During the 1930’s, Mr. Boatwright became an increasingly frequent companion to his father-in-law. When Mayor Wooding was invited to a reunion at Gettysburg in June of 1938, it was Overton who accompanied him. The trip was delayed, owing to a brief illness that weakened the Mayor, and though his stay was made in the comfortable home of friends, rather than the hotel room provided them free of charge, the trip reduced the Mayor’s health further. He never quite recovered and in November of that year, he passed away, ending 46 years of service as Danville’s Mayor. 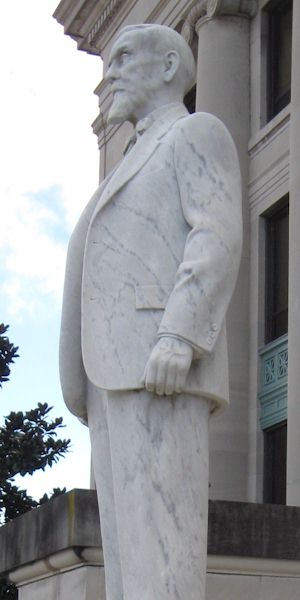 Two years later, in November of 1940, J. Overton Boatwright passed away. He left in his will a request that if his estate should total over $20,000 that a memorial was to be erected in honor of Mayor Wooding. The assessment fell just short, at $19,685, but the idea, having been presented, was subsequently taken up by the Exchange Club of Danville, and in July of 1942 the statue was presented to the city and erected on the steps of the municipal building.