Many years ago, the area off West Main Street between the present Westmoreland Court and Randolph Street was called Ficklen’s Field.  A large house named Oak Lawn once stood there. Purchased in 1860 by John Fielding Ficklen, the house sat some distance from the road “among a thicket of briars and trees.” By 1940, amidst rumors that it was haunted, the house had collapsed in ruins. 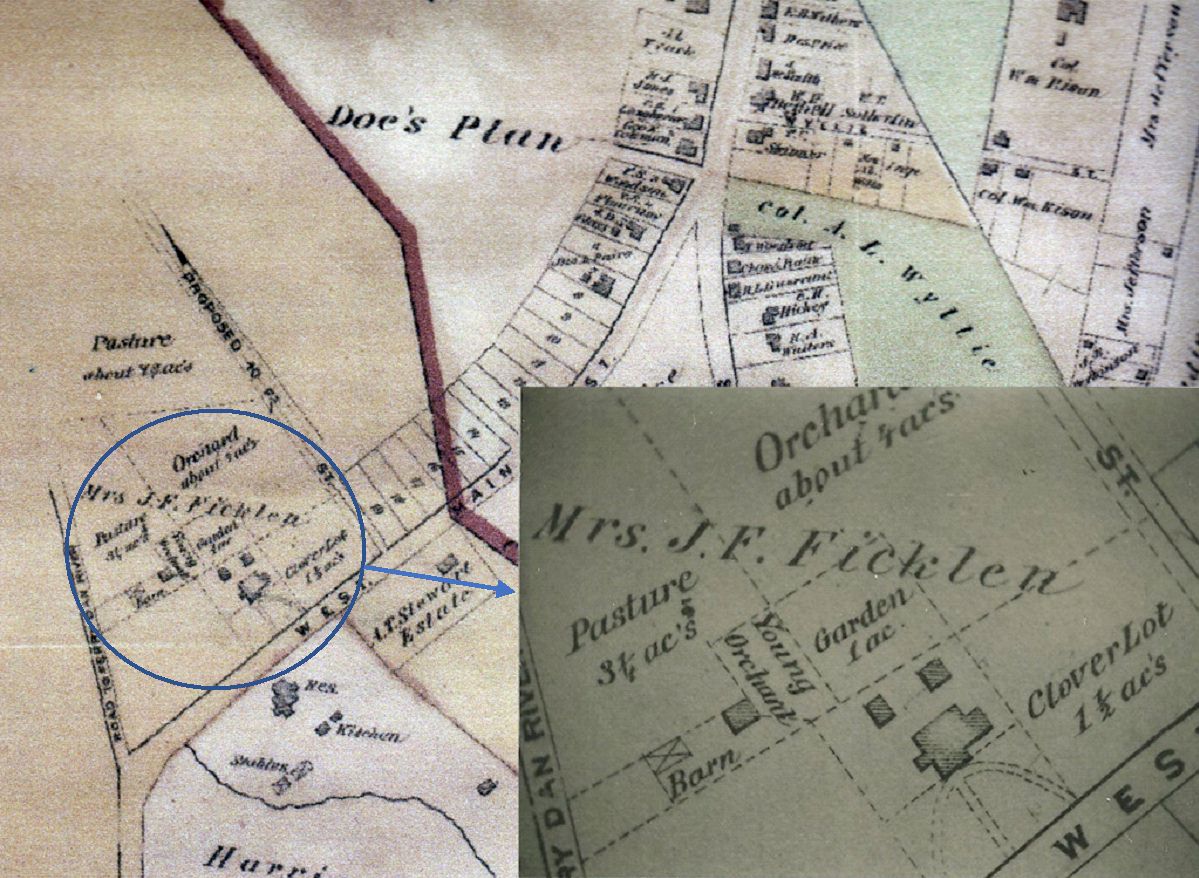 Witness of the home’s paranormal behavior recounted “weird noises”, such as voices and the whirring and clicking of machinery. Household items, among which was a sewing machine, were said to move on their own. Rumors circulated that it was impossible to spend a night in the house alone without being driven out by the ghosts who lived there.

Of course it was inevitable that such rumors would eventually result in a dare. Such a dare, as Bessie Scales related for a writing project for the WPA, came to fruition when a group of boys challenged one of their friends to prove that ghosts did not exist by spending a night in the old house. The boy, of course, accepted. What else could he do?

The night he arrived at the house was a cold one. The wind whistled through cracks in the walls and through broken windows. Gathering up some sticks and scrap wood, he built himself a fire and then made himself comfortable in a rocking chair, where he soon began to doze.

When, several hours later, the fire died down, the boy woke up chilled. He was sleepy, too, and remarked upon both facts – aloud. In the near darkness of the night, while the wind whipped and whistled, and tree branches scratched against cracked window panes, his words were repeated back to him, not as an echo, but upon the bodiless breath of something unseen. The boy, in terror, jumped from the chair to inspect the room. No one was there. Not a soul! Except for a black cat, who stared at him with shining green eyes. The boy, startled, ran from the house as fast as he could and did not stop until he was some distance from the house, where he fell against a tree and struggled to get his breath. 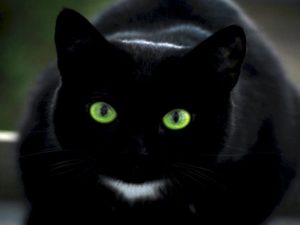 Now he was even more tired but impressed by his own swiftness. He remarked upon these facts, once more, aloud. Once again, a voice repeated his words. The boy turned to find that the cat, staring at him once more with those glowing green eyes, had followed him. And so, the boy took off running once more, and the cat ran after him.

In the years that followed the incident, the children of Poorhouse Hill recited a rhyme:

A big, brave boy by the name of Louis,
Decided to spend the night in the Old Ficklen House.
A big black cat whose eyes were green,
Was playing around on the sewing machine.
The sewing machine was a-running so fast,
It took ninety-nine stitches, in the old cat’s ass.
Now the both of them are running for home.