The Harris-Altice House at 817 Pine Street was built sometime between 1910 and 1915. Its earliest recorded residents were William J. and Catherine Reynolds Harris.

William J. Harris was born in Swansonville (now a community in Dry Fork) in 1885 to Stonewall Jackson and Sarah Elizabeth Boaz Harris. He married Catherine Reynolds in 1906. In the years just after their marriage, and prior to their residence at 817 Pine Street, the Harris family lived with Catherine’s parents, Hugh and Sarah Reynolds, at 814 Wilson Street. Mrs. Reynolds ran a boarding house there, but it seems all her lodgers were family members, including Mr. and Mrs. Harris and their son Garland, as well as Mrs. Harris’s three sisters and several nieces. Mr. Reynolds passed away in 1911 and when the Harrises took occupancy of their home at 817 Pine, Mrs. Reynolds came with them.

Mr. Harris began his career in the tobacco business, but by 1917 was a member of Danville’s police force, with which he was affiliated for many years. He was also a supervisor and, by 1924, assistant manager of the Danville Ice Company.  At that time, he was commended the president of the company, D. A. Overbey, for “raising the standard of the equipment to the highest point of efficiency.”  (Read more about Danville’s ice delivery businesses here.) By 1927, the couple had moved to Avondale Drive and a new family had taken residence.

The next and longest owner was Walter Washington “W. W.” Altice, a telegrapher and later a ticket agent for the railroad.  He lived there with his wife Lavisha “Nettie” Byrd, sons Raymond and William, and daughters Zadie and Edith Elaine.  Both were born in 1883 in Franklin county, Virginia. They married in 1906 and came to Danville around 1927 to take occupancy of the Pine Street house from their residence in Gretna.  Nettie passed in their Pine Street home in 1961 at the age of 78.

In 1964, at the age of 79, W. W. took a younger bride – widow Hattie Clay Pruitt, age 63. In February 1966, W. W. struck a pedestrian with his automobile at the intersection of Lynn and Loyal Streets. He passed later the same year.  Second wife Hattie continued in the home until 1970. 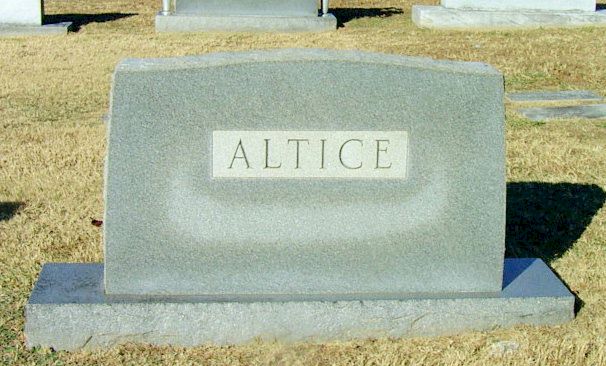 Records suggest the home became a rental thereafter.  It was purchased by the city in 2014 and has been vacant since that time.

A 2015 assessment by Solex Architecture reported that the home was in overall fair condition. The major issues were the framing and support of the rear addition and improperly repaired fire damage to the roof structure. Since that time, the porch framing, deck, and entry stairs deteriorated further. 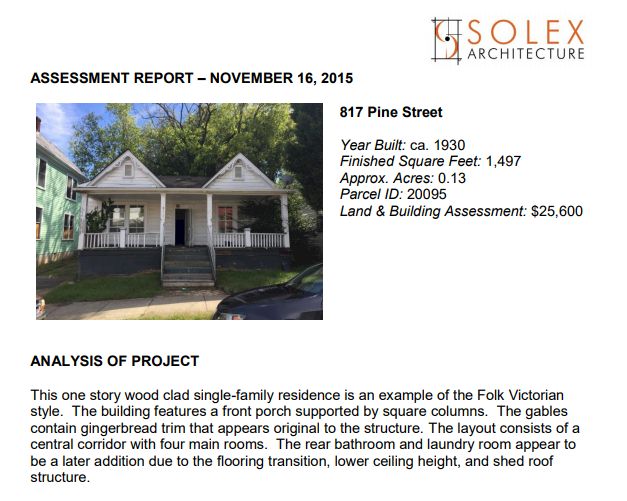 In mid-2020, a partial rehabilitation of the home was completed.  The roof and front porch were repaired and damaged or missing members replaced.  The screen door was updated, and the aluminum cladding was gently washed to improve the home’s overall appearance.

Issues with the rear addition were not addressed in this project as a new owner might configure that area of the home differently.