Sometimes while researching our stories, we run into interesting or amusing articles in the newspaper.  The following is an account of one such anecdotal tale.

In December of 1927, seeing that the police department’s fleet of motorcycles were quite worn out “under the pressure of heavy mileage,” the City Purchasing Agent, Berkeley Pollock, made the decision to purchase new motorcycles.  During his daily rounds through the new municipal building on the day following his purchase, he stopped in at various offices and made the announcement of his purchase.

Soon fellow employees and civil servants were abuzz with concern over agent Pollock’s decision.  Had he really said he had purchased motorcycles with “four-wheel” brakes?  The general opinion was that perhaps agent Pollock should have sought some expert advice before making such a purchase, one that was clearly not within his base of expertise.  Was it possible Mr. Pollock had purchased automobiles instead of motorcycles?  Motorcycles, after all, do not have four wheels.  Perhaps there ought to have been a council meeting.

Mr. Frank Cox, with money fresh from his own pocket, proposed a bet that Mr. Pollock could not, in fact, accomplish such a feat as he had proposed. The bet was taken with some degree of indignance. 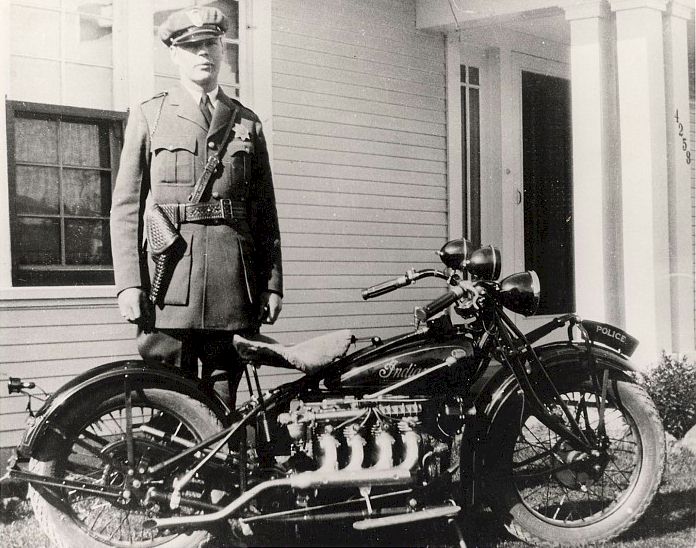 The City Engineer, sympathetic to the seriousness with which Mr. Pollock made his announcement and deemed the purchase necessary, wondered aloud if perhaps the purchasing agent was suffering from some “cranial malady of deep-seated origin.”

But Mr. Pollock was adamant.  “I repeat,” he said to his doubters and detractors, “the city is going to buy motorcycles with four-wheel brakes and I know what I’m talking about.”

When the news reached the Bee, one enterprising reporter rushed to City Hall hoping to have the question answered once and for all. He went to Pollock’s office and asked to see the purchase order.  Mr. Pollock obliged and showed him the papers.

It was all just as the purchasing agent had said.  The city would be buying three brand-new police motorcycles – with fore-wheel brakes.

Pioneering motorcycles of the early 20th century had no brakes at all.  Early models were little more than a small engine mounted to a bicycle frame.  When the rider wanted to stop, he simply stuck his feet out and used friction and shoe leather to bring the vehicle to a halt. In 1902, Steffey Motorcycles developed the first brake by using a steel plate which would press against the rubber. Engines still were not very strong, so it was somewhat effective.  But by the 1920’s, when motorcycle frames were much bulkier and sturdier, and the engines more powerful, it became necessary to develop something safer and more effective.  The solution was a single shoe brake that was installed on the front wheel. It’s a design that is still in use today. 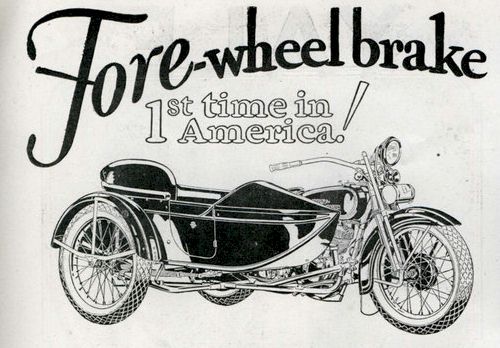 Yes, Mr. Pollock knew what he was talking about.  Even Harley-Davidson was touting the new fore-wheel brake in its adverting for 1928 models (above).  The police force would soon be able to carry out its work on three new, powerful motorcycles that featured the new innovation of the fore-wheel – not four-wheel – braking system.