With apologies to the Pilgrims, 1621 was not the first American Thanksgiving.  Nor did it occur in Massachusetts.  More than a year before those Pilgrims set foot on New England soil, a group of English settlers landed on the shores of the King James River.  At the site of the future Berkeley Plantation, 24 miles southeast of Richmond, the settlers got on their knees and gave thanks for their safe passage.   Captain Woodlief prayed: 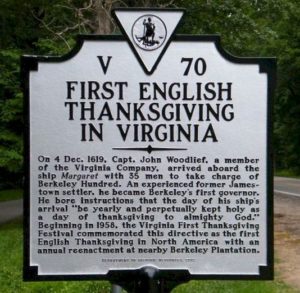 We ordaine that this day of our ship’s arrival … in the land of Virginia shall be yearly and perpetually kept holy as a day of Thanksgiving to Almighty God.

During the Civil War, President Jefferson Davis proclaimed Thursday, September 18, 1862, as a day of thanksgiving for the Confederate States.  He was thankful for the victories at Richmond and Manassas and urged citizens to meet on that day in their places of worship.

The Old West End was often the site of family visits for the holiday.  In 1909, the Richmond Times Dispatch reported that, “Mrs. Boyd, of Charlotte, was the guest of her daughter, Mrs. James G. Penn, for Thanksgiving,” at 862 Main Street.  Later, the local newspaper often reported boarding school and college students returning to the Old West End for a holiday with their parents.

In addition to food and family, Thanksgiving has long been a day for football.  A game was played in on Thanksgiving in Philadelphia in 1869 – just two weeks after the first-ever American-style football game and 250 years after the first thanksgiving.  The game took its present form in 1909 with the introduction of the forward pass.  The first professional games on Thanksgiving began nearly 100 years ago in 1920.  The first radio network broadcast of a football games occurred in 1922, and the first telecast (a series of still shots) in 1939.  Instant replay was added in 1963. 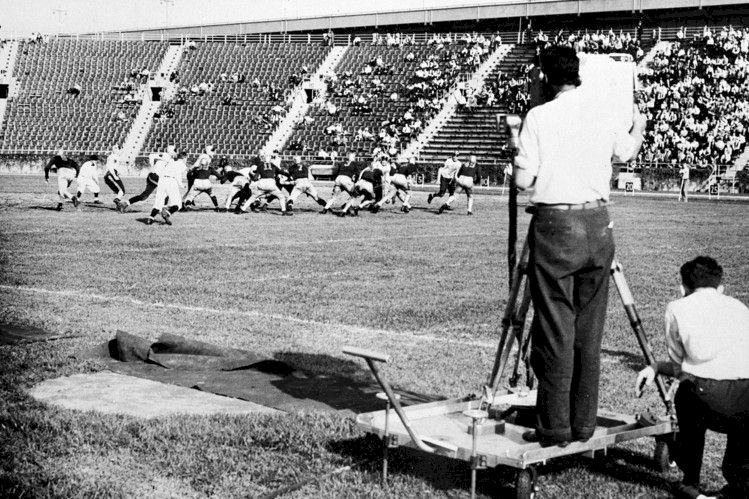