One of the oldest houses in Danville, the Green-Griggs House, is located at 875 Green Street. The antebellum home was built some time before 1863 on land that had previously been part of the large estate owned by Dr. Nathaniel Green. It was in that year that the house was purchased by George and Sallie Brown. 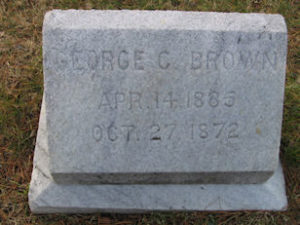 George Brown was a prominent merchant, at one time, according to newspaper records. He was born in Buckingham County, Virginia in 1835 and appears to have moved to Lynchburg in 1870, when the house on Green Street was sold to James Wood. In October of 1872 Mr. Brown was declared bankrupt, and upon walking away from the court that day “fell” from a railroad bridge and was drowned.

James Wood was a U.S. Commissioner and was employed at the federal courthouse. His son, with whom he shared the home, was a tobacconist. The Wood family occupied the house for at least twelve years

The city directory of 1888 indicates that the family of Thomas M. Bass occupied the home. Thomas M. and his sons Thomas E. and William M. were tobacco buyers. Later, and until his death in 1922 of a sudden heart attack, Thomas E. became a representative for the American Tobacco Company.

Records show that the property was owned for a time by B.S. Graves. The only B.S. Graves on record in the area was a Barzillia Graves, a lifelong resident of Caswell County and one time mayor of Yanceyville. B.S. as he was referred to (his father having been a Civil War hero and having used his Christian name rather flamboyantly, the distinction was necessary) and his wife were extremely active in the local Episcopal Church and Mrs. Graves was a presiding member of the United Daughters of the Confederacy. For these reasons, it’s possible they maintained a second home here for a short time. 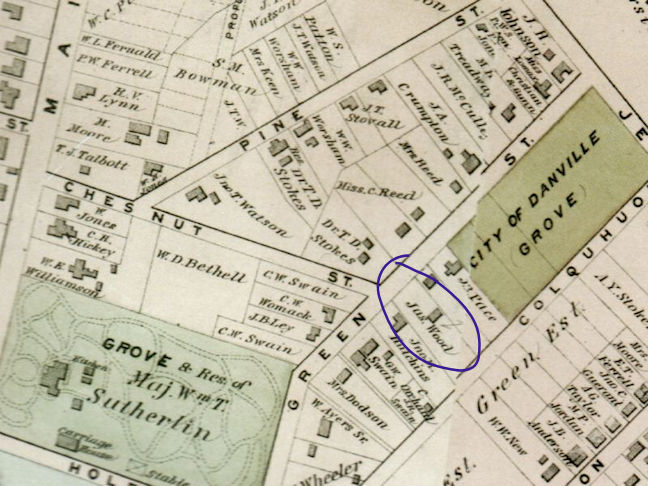 In 1900, the Graves sold the home to T.D Newton. It was at this time that the Victorian façade was added to the north half of the front elevation, updating the house to something more modern and stylish according to the belated ideals of the Victorian era (even while other parts of the country were recognizing their patriotism by readopting an allegiance to the more “American” Colonial style, of which the original antebellum structure was a perfect example.

Newton’s neighbor was Richard Button Graham, who had built his own unique brick and wood frame Queen Anne home next door. It’s possible Graham had something to do with the exterior remodel of his neighbor’s house at 875 Green Street.

There are, however, no records of a Newton ever having lived here, and so perhaps he was merely a financial trustee. Whatever the story it was R.B. Graham himself who sold the home in 1909 to Archie W. Griggs. We’ve covered the Griggs in some detail already, but it is significant to note that the Griggs maintained ownership of the home (as well as others on the street) for some 65 years.

Sometime in the 1970’s the house became the residence of Mr. and Mrs. Major Reid who retained ownership for some forty years.

In March of 2017, the City acquired the house and today it is considered one of the Old West End’s most endangered. As an important part of Danville’s history and one of the very oldest houses in the city, it’s imperative that the home finds a new owner soon. For more information, see the listing.

***Our gratitude to Gary Grant for having sourced most of the information in this post.