Changes at the Wiseman House

Our theme this week is that of change. In the immediate area of our neighborhood, some impressive changes have been taking place at the Wiseman House at 842 Main Street, now the home of John and Mary Kent.

The Kents bought the house in November of 2018 and spent six months living in a loft in the River District while the major remodeling projects were completed. The house was in livable condition when they bought it but John and Mary had so many ideas regarding updates and projects they would like to undertake that it just made sense to find temporary housing until the dust quite literally settled.

One of the most significant projects was the remodel of the kitchen. The Kents completely gutted the kitchen, stripping the walls and floors to the studs and joists. They then extended the kitchen out into the enclosed back porch, which previous occupants had used as a laundry area. Once the new roof was on the addition and new windows installed, they insulated, rewired, and finished the walls, adding plenty of cabinet and lots of storage space in this new work area that matches the look and feel of the rest of the house. 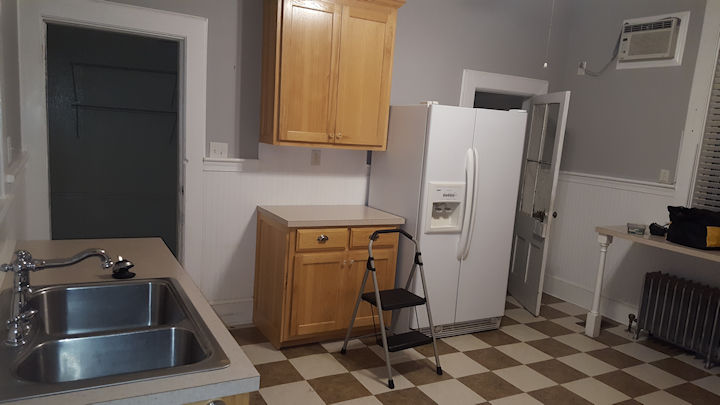 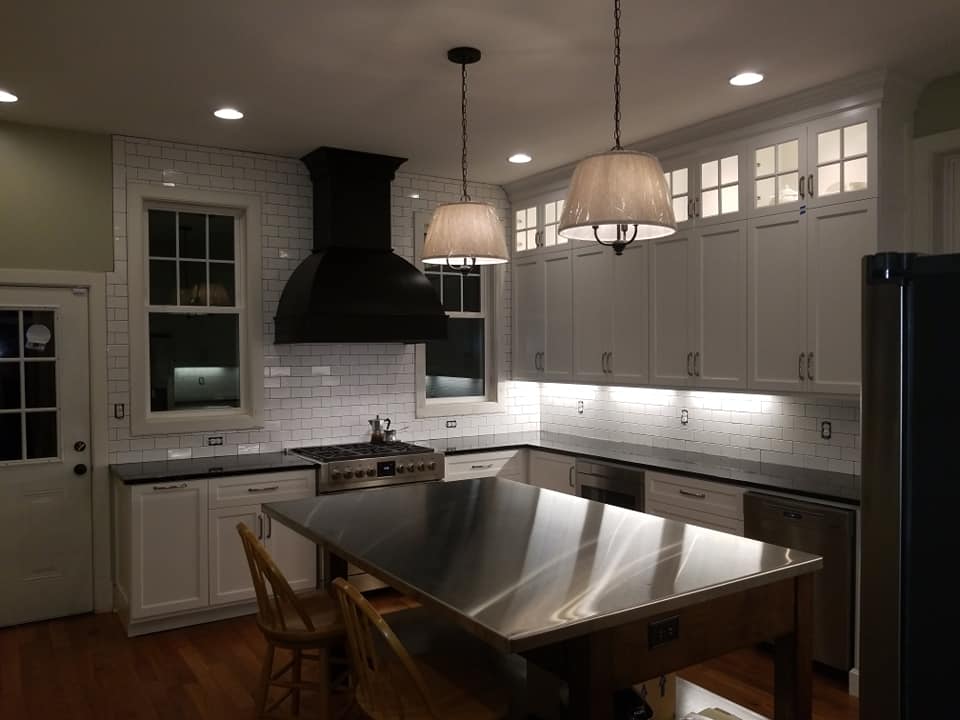 Next, the laundry room, having been removed from the back porch, was relocated near the downstairs bathroom, formerly part of the original doctor’s office and exam room. The bathroom was enlarged and updated and now provides for a charming and spacious guest suite.

Other improvements included new wood floors and gas pipes to supply a new generator and a gas log fireplace.

All this happened before the Kents moved in. That did not mean the work was done once they assumed occupancy, however. Ongoing renovations have included electrical upgrades, a wraparound covered patio at the rear providing outdoor covered areas off the kitchen and constructed in a fashion that mirrored the work that would soon be started on the front porch. Floors upstairs were refinished, windows on the front elevation were replaced, and then…the painting!

For most of us, it’s the transformation of the exterior that has really grabbed our attention. The mission style stucco house used to seem something of an oddity amidst its wood-frame and brick neighbors. The Kents always felt that the porch appeared unfinished, as if it were an afterthought, rather than being the defining feature of the front elevation as the porch so often is for this style of house.

“The original railing had been removed,” Mary explained, “and the central area at the front door had been enclosed.” Original floorplans and elevations found by the previous owners, the Thompsons, showed that the porch had once had a railing around the full-width perimeter. While only the central portion had a roof, it was very apparent by the plans that the front porch was intended to be a focal point.

It was the Thompsons who found the original blueprints rolled up and tucked way in the back of one of the kitchen cabinets. They also found an old Red Cross flag left over from the home’s service as the Red Cross headquarters.

Of course, major renovations like the porch remodel require approval from the Commission for Architectural Review. Because the project was so important to the Kents, they put in the time and money to have an architect draw up plans and elevations so that the board could see quite clearly what it was John and Mary had envisioned. At the meeting, the board asked the public sitting in audience if they had any comments. Gary Grant stood up and began reminiscing about his childhood playing on the front porch. Mary held her breath as he recounted these memories, wondering if it would spell doom for their request. Gary, however, had nothing but praise and gratitude to offer for the Kents’ careful attention to historic detail and their vision to restore the exterior to something more closely resembling its originally intended design. No doubt the Commission saw their plans similarly, but the Kents are nevertheless grateful for Mr. Grant’s heartfelt encouragement.

When it comes to old house restoration and preservation, it’s too often the case that remodeling projects turn into “remuddling” projects, which is the reason the oversight the CAR provides is so crucial. In the case of the Kents, it’s quite evident that their efforts are only adding to the quality of the beautiful and historically significant home that is now theirs, and such improvements benefit the community as well.