Bertrand or Button, along with his brother, John Vincent Graham, established Graham Brothers, Architects, with offices near the corner of Main Street and North Market. In the mid-1880’s Graham built his own home at 879 Green Street on property purchased by and next door to Dr. and Mrs. John M. Hutchings of 901 Green Street. The house, at top, began as an Italianate Victorian home, but fifteen years after its construction, he reimagined the façade, adding a three-story tower with a rounded dome roof. The house is unique, constructed both of wood siding and buff-colored brick, the same brick that was used in his construction of the Craghead Street railway passenger station below. The renovation would have brought the home up to date as a representation of in-vogue architectural design and details of the 1890’s and may have served as an example of his work. 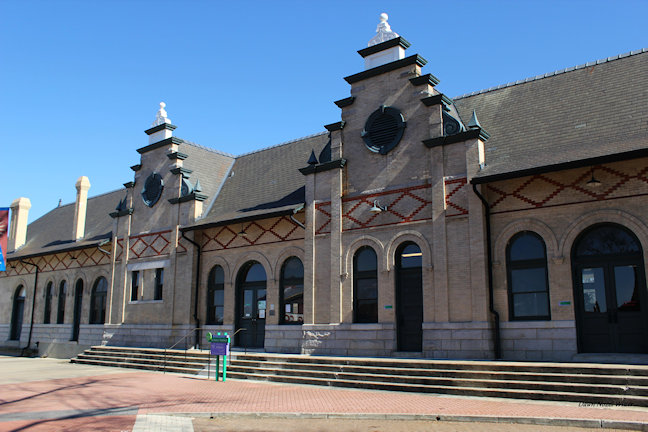 In 1907 Mr. Graham and his wife moved to the  sumptuous Holland House at 818 Main Street shown below. Unfortunately, the Holland House is one of the several destroyed to make room for the (then) new YMCA. 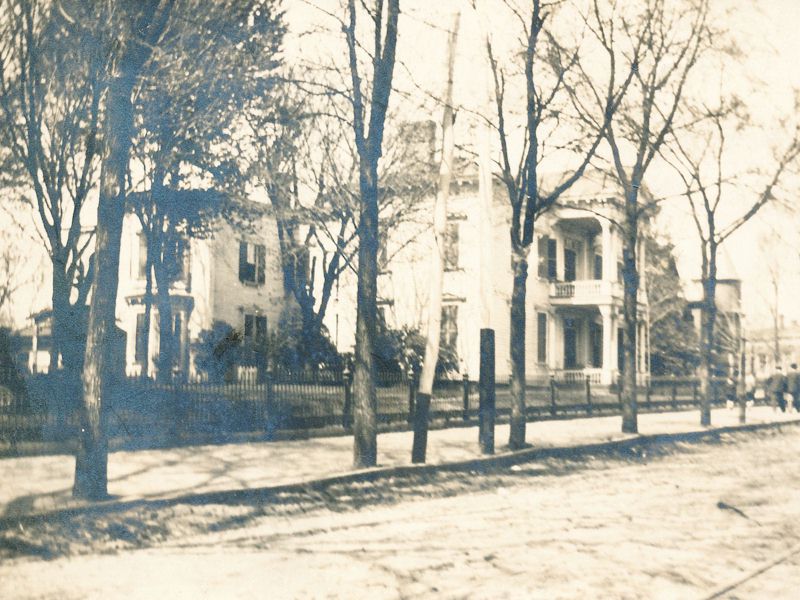 Allan Fox bought the home on Green Street, who resided there for the next twenty-five years. By 1973, the house had fallen into disrepair. It was donated to the Danville Historical Society by the heirs of the Coopers who owned the home from 1960. The Danville Historical Society, lacking funds for such an endeavor, gave the house to Mr. and Mrs. Thomas Shadrick, who refurbished the house and opened Brown’s 879 Shop on the first floor, selling seasonal gifts and decorative accessories, while the family inhabited the second-floor apartment. Later, when the shop closed, the Shadrick family restored the entire home into a single-family residence.

Two years after relocating to their Main Street home, Mrs. Graham passed away. In 1913 he married the widow Annie Morris Smith of Elm Court (across the street at 811 Main Street). It is said that when she left Elm Court she took with her many of Elm Court’s fine architectural and decorative appointments.

In addition to the 1899 railroad passenger station on Craighead Street, Mr. Graham’s contributions to Danville’s architectural history include the following: 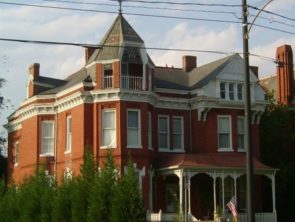 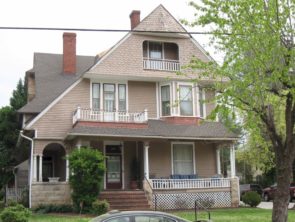 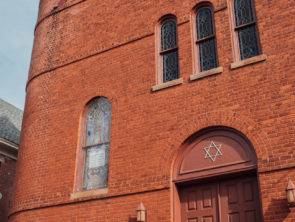 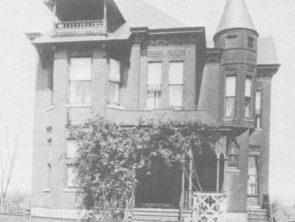 The Robert A. Schoolfield House at 1124 Main Street (demolished to build the house that stands there now, also commissioned by R.A. Schoolfield) 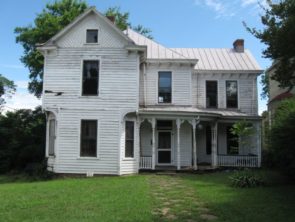 Graham is probably responsible for the ca. 1902 Victorian façade on the much older Green-Griggs House at 875 Green Street.

When Mr. Graham died in 1935 at the age of 84, his obituary noted that Graham “constructed many of Danville’s fine residences and most of its factories in a day when they were numbered by the score.” In Mary Cahill and Gary Grant’s “Victorian Danville” he is also identified as having been responsible for the design and construction of “nearly half of the mercantile structures that rose on Main Street in the late nineteenth century.”  His imprint remains strong in the Old West End.