The Rise and Demise of the Burton

Home
/
Blog
/
The Rise and Demise of the Burton
March 9, 2021 by Val-Rae Christensen 3 comments Blog, Stories

In 1962, when the demolition of the Burton Hotel was announced in the Danville Bee, the building was described as “unsightly” and further declared that  “businessmen considered it a hindrance to the progress of downtown Danville”. “Few will mourn its passing,” the article went on to say.

The Burton Hotel was built in 1890 on the corner of Main and Union Streets on the site of the Arlington Hotel. It was here that the riot of 1883 started, when shots were fired from the hotel windows just prior to a pre-Council election rally that was being held on the corner. Prior to the Arlington, the Farmers Bank stood on the corner of Union and Main Streets. In 1833, the bank’s counting room was the meeting place for the city’s 12 trustees who had governed Danville since its creation in 1793. It was here they met to elect the city’s first mayor, Captain James Lanier, as well as certain other official appointments. 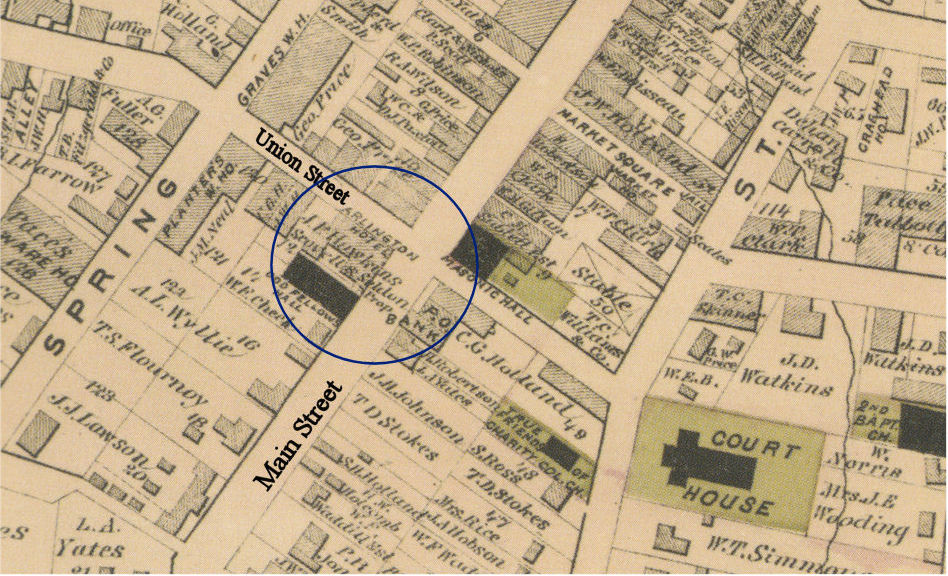 In the early days of the Burton, the hotel stood as an emblem of Danville at it’s best and was considered one of the finest hotels in all of Virginia. According to the Bee, “families traveled by horse and buggy all day just to eat in its restaurant”. The hotel was a popular venue for wedding receptions and crowds gathered in its lavish ballroom where they danced to a live orchestra. 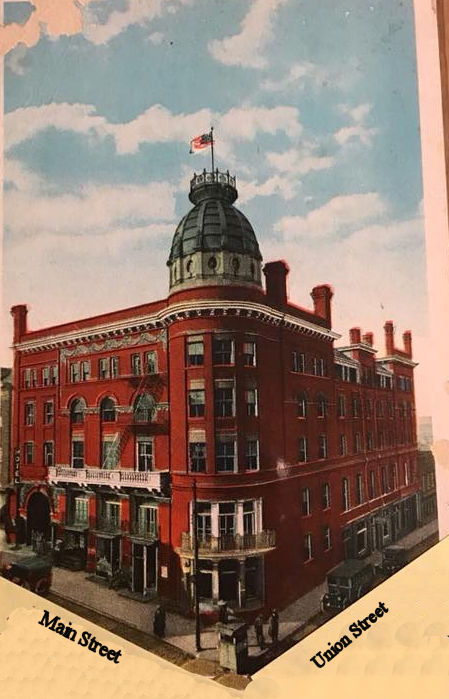 Named in honor of F. X. Burton (read about his home here), one of the founders of Morotock Manufacturing Company and later president of Dan River Mills after Morotock’s consolidation, the hotel started out under the management of Mr. and Mrs. Phil Brown, who owned and operated the Blue Ridge Springs Hotel, a popular mountain resort. Their reputation for catering and hospitality followed them to Danville and drew in visitors from all around.

It was under the management of W. W. Lynn and Herbert Hinkle that the hotel really thrived. Mr. Lynn had famously operated dining rooms at the railway stations in Danville and in Lynchburg. He purchased the Burton after the Southern Railroad company added dining cars, and the railway station restaurants were thereafter rendered obsolete. The hotel, during this time, was a social hot spot, and people came from all over Southside Virginia to enjoy the amenities that were on offer.

In the late 20’s, things began to take a turn. The Hotel Danville opened its doors and quickly began to rival the Burton in fashion and amenities. 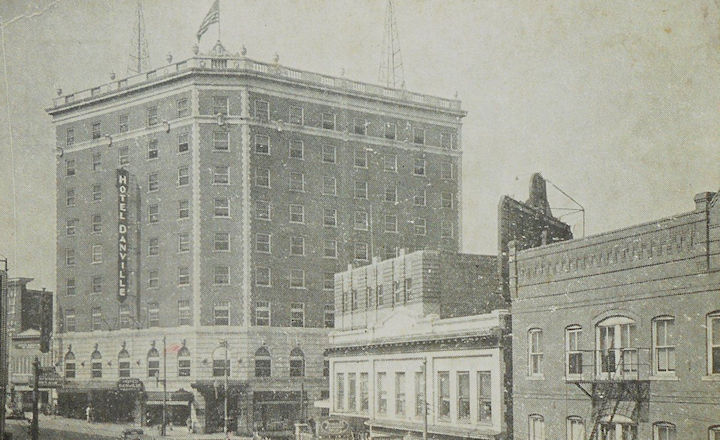 In the years that followed the opening of Hotel Danville, other rivals appeared on the scene. Dances and private parties were held at the Golf Club and Country Club Inn, pulling even more people away from the beleaguered Burton. As patronage dropped off, the hotel began to offer its rooms at more affordable rates, providing accommodations for tobacco farmers who had come into town to sell their tobacco. For a time, the hotel offered its rooms on month-to-month terms, providing apartments for the city’s once wealthy.

As the automobile became more prevalent, providing the opportunity for those conducting business in the city to drive into town and back home in one day, the need for overnight accommodations diminished. 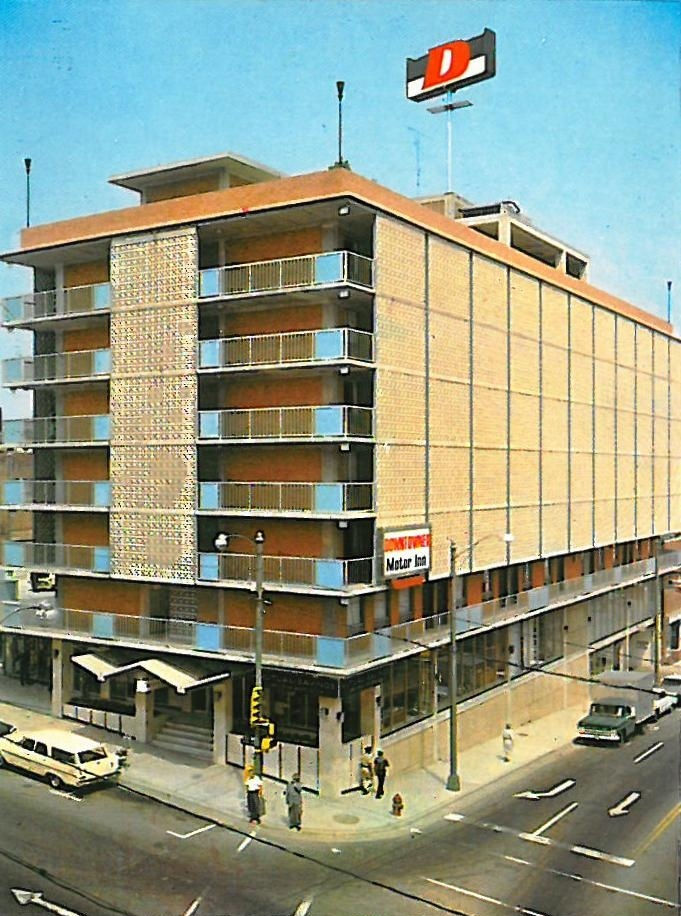 The Burton closed its doors to overnight guests in 1953, though they continued to provide space for meetings and other gatherings. Its street level businesses remained in operation, as well, including a McCollum’s oyster bar, a restaurant that had rivaled the Burton’s dining room in its day. The restaurant was located on the Union Street side of the block, next door to a saloon, which, during the years of prohibition, opened and closed its doors depending on the constantly changing dry laws of the time.

During the 40’s, the hotel was the home of Waddell, Holland, and Flynn, a law partnership. In the following decade, the First National Bank took ownership. After the hotel’s demolition in 1962, the modern Downtowner was erected in its place.

While the old Burton may have seen its heyday a century ago, it is nevertheless missed as a once important part of Danville’s city streetscape.